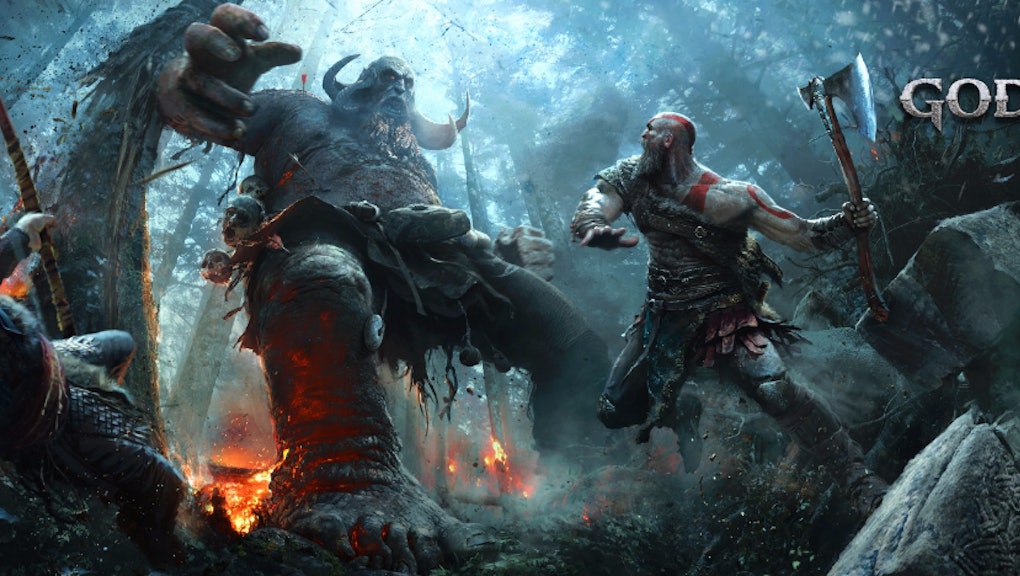 God of War 4 had a bombastic introduction at last year's Sony E3 conference, what with Bear McCreary's orchestral gorgeousness washing over the theater. At this year's press conference, we got confirmation as to when we can expect Kratos to return.

Sony confirmed during its E3 2017 conference that the game is launching in early 2018. Here's everything else we learned:

The new trailer showed Kratos and son getting down and dirty in the north, utilizing his magic axe, as well as a collapsible shield that Kratos can use to bull rush his enemies before beating them down with some two fisted fury. Kratos's son is no slouch in combat and helps out with knife and bow attacks. We suppose the apple doesn't fall far from the (violent) tree.

True to the series' roots, the new God of War promises no shortage of mythical beings, from a kindly dwarf to the world serpent itself. You can see the full trailer below:

Check out more of our coverage from the PlayStation E3 2017 press conference, including the sweeping new Shadow of the Colossus remake, gameplay for Days Gone and a look at Monster Hunter Worlds. Don’t miss the breathtaking cinematics from Detroit, as well as the showstealing game: Spiderman.