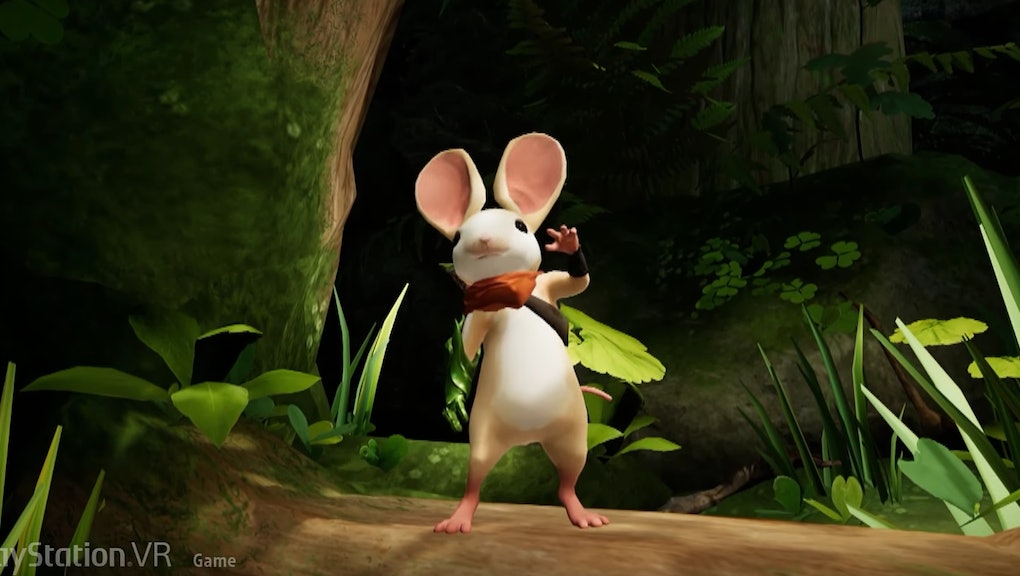 Sony's PlayStation press conference for E3 2017 had a lot to live up to after Microsoft's Xbox presentation. But with titles like God of War, Destiny 2 and Spider-Man, it did just that.

The presentation wasn't only about traditional games, though. Sony is continuing support for its virtual reality headset, the PSVR. Virtual reality games may not have seen the level of hype that Spidey did, but there's plenty for PS4-owning VR fans to unpack as well.

The sci-fi side-scroller Star Child will come to Playstation VR from Playful and GameTrust. The game has players assume the role of a young woman being protected by a giant mech.

The Inpatient brings players to an asylum for some VR frights. Considering the game takes place in virtual reality, let's hope the entire game isn't a doctor talking to you directly in your face.

If Final Fantasy 15 wasn't enough for you, the fishing version of the game is coming to PSVR. Monsters of the Deep brings you back to the world of Final Fantasy for some virtual fishing.

Bravo Team fills the obligatory gun-slinging shooter niche. If you're looking to let bullets fly in virtual reality, this should hit the mark.

If you've ever wanted to play a weapon-wielding mouse, look no further than Moss. This game beats the rest in being the cutest announcement at Sony's E3 presentation.

While the Nintendo Switch is finally getting Skyrim, PSVR owners will gain access to the virtual reality version of the game.