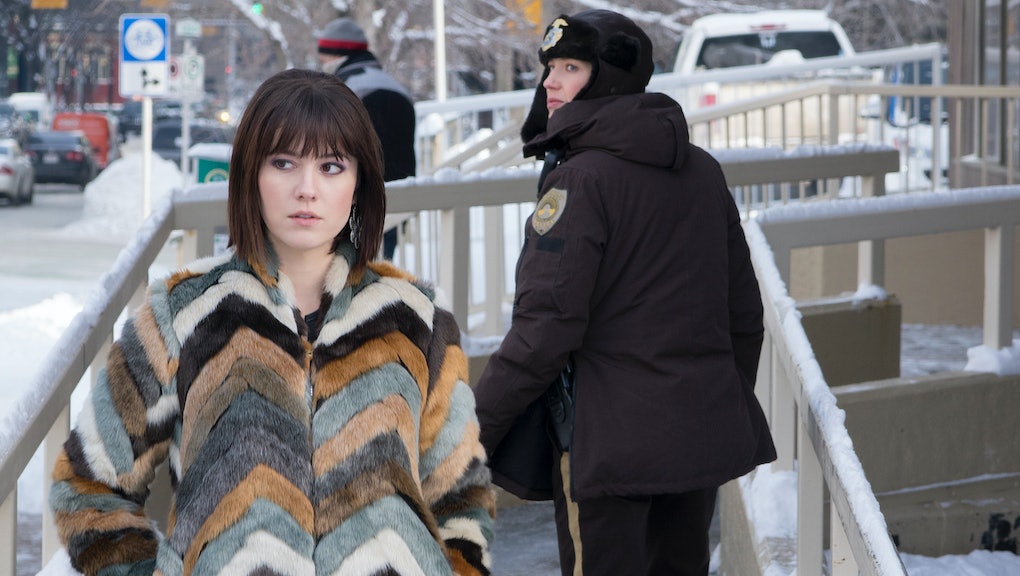 There's a method to Fargo's madness, a formula creator Noah Hawley tinkers with every season using a few indispensable ingredients: A crime will be committed, an evil force will make its way into town and a righteous law-bringer (or two) will look to keep the peace. The X-factor tends to be the chaotic neutrals — the characters who can sway the story depending on where they land on the spectrum. And usually, with Fargo, it winds up being a bit of a shitstorm.

The third season of Fargo — or, as some parts of the internet have pre-emptively declared, the last season of Fargo ever — has stayed true to this vision, even if it's fallen somewhat short of the previous two years, which were met with universal critical acclaim and myriad awards. Essentially, season three is good, but not great. But it's not for a lack of experimentation. We've taken a brief departure to Los Angeles, complete with some animated sequences. There was an episode using the aural clues of Peter and the Wolf. And one of Fargo's best episodes ever made featured a trip to the woods and a purgatorial bowling alley occupied by Ray Wise and a kitten.

But season three's greatest achievement is the series' continued success with compelling female characters. In police chief Gloria Burgle (Carrie Coon) and Nikki Swango (Mary Elizabeth Winstead), Fargo has women leading a story that would prefer to push them out. As true outsiders, Gloria is pure good and Nikki is chaotic neutral. By changing his approach to Fargo's leading female characters, Hawley implements his most effective experiment in an experimental year.

Where Hawley has emulated the Coen brothers' 1996 cult film in previous seasons is in his creation of characters whose lives already felt fulfilled. In the original Fargo, the pregnant Marge Gunderson (Frances McDormand) is living a happy, albeit mundane marriage with her stamp-producing husband. Season one's Molly Solverson is cut in a similar mold. To a lesser extent, even season two's Peggy Blumquist (Kirsten Dunst) is going about her usual business until she runs someone over with her car.

As Hawley described to me in an interview during June's ATX Television Festival, these characters "were living in a world where everything made sense, where they believed in the basic decency of people and they were proven right most of the time." They're essentially doing fine, at least until they're drawn into the mayhem of some heinous crime that changes their worldview. Who can forget Marge's pained exasperation that everything in the film was over a bit of money?

That's the key difference in season three. The leading women of Fargo are already in disarray before V.M. Varga (David Thewlis), the human embodiment of capitalism with rooting teeth, rolls into town. Gloria is in a state of flux: Her husband has left her for another man, her police department is being absorbed — making her chief of police and not chief of police, concurrently — and her stepfather is murdered in a brutal case of mistaken identity. It's so bad even automatic doors and soap dispensers don't recognize her; she's practically a ghost.

Nikki, meanwhile, is in a relationship with previous parole officer Ray Stussy (one of Ewan McGregor's two roles in season three), who is forbidden from being with her because of their prior connection. When that news comes to light — after he put Nikki above anything else — Ray loses his job. That makes it especially painful when Ray is killed in episode six, mostly on account of his own hubris.

For these women, season three is as much about finding agency in their own lives as it is stopping Fargo's mandatory agent of chaos (Varga). Gloria must reconcile with her new world order: Yes, her husband has left her, the job is not going to stay the same, and once she finds herself, maybe she'll have to get acquainted with the today's technology. An otherwise unremarkable bathroom scene in episode nine — an automatic soap dispenser and sink finally work for Gloria — is one of the season's most poignant images. (Leave it to Carrie Coon to nearly bring you to tears by washing her hands at a dive bar's restroom.)

For Nikki, it's about taking charge of her own narrative, which gets sucked into Varga's world after Ray's death. And my lord, Nikki's season-long arc is spectacularly bonkers. She goes from playing competitive bridge with Ray and trying to steal a stamp from his brother to teaming up with a deaf hitman to take down Varga's entire Minnesota operation. What's more, by the season finale, it actually works — and everyone but Varga leaves in a body bag. You can infer that Nikki's prowess with bridge, a game that has several quintillion possible outcomes, prepared her for this paradigm shift late in the season.

But Fargo being Fargo, not everyone meets a happy ending. Unfortunately for Nikki, her lust for vengeance against Emmit (McGregor, part deux) leads to her death in the finale, at the hands of a state trooper who stopped her on the side of the road just as she was about to shoot Emmit. The ensuing chaos leads the trooper and Nikki to shoot one another simultaneously, resulting in both of their deaths. In a game of innumerable possibilities, she didn't anticipate the trooper.

It's not the ending Gloria wanted, either. She'd finally gathered enough evidence from the convoluted string of murders that started with her stepfather, and the end result is as anarchic as the events that preceded it. "Sometimes the world doesn't make a lot of sense," she tells her son, Nathan, after visiting Nikki's crime scene. "But how we get through it is we stick together."

And that's Fargo right there, isn't it? The survivors don't forget, but they still acclimate themselves to a world that isn't perfect. There will be the Vargas and Lorne Malvos, ready to shake up an otherwise placid Midwestern town. Nikki may not have survived the season, but you can — to use Varga's favorite word — surmise Gloria has found her place. A five-year flash-forward sees her working at the Department of Homeland Security, a technology laden organization in its own right, staring down Varga in an interrogation room. The world wasn't perfect for Gloria before Varga entered it, but what is she thinking about when confronted with the manifestation of capitalism and chaos? Taking her son to the state fair.

Fargo has always been championed by strong female characters, as far back as the Coen brothers' film. So in a way, Fargo has stayed very much the same. But Gloria and Nikki prove Hawley is still finding new ways to tell a familiar story.