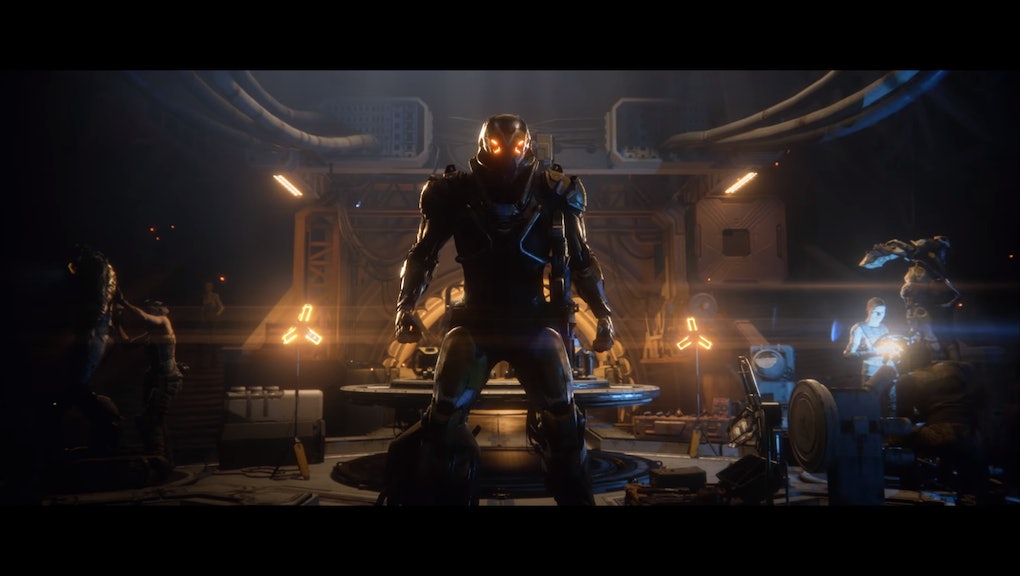 'Anthem' vs 'Destiny': What makes the 2 open-world sci-fi games different?

At Microsoft's E3 2017 press conference, we got a detailed look at BioWare's first original project since Dragon Age, a jetpack-fueled co-op shooter called Anthem. It just so happens to superficially resemble Bungie's co-op shooter Destiny. So what, exactly, sets it apart?

Anthem vs. Destiny: First, the similarities

Anthem is set in a science fiction world were humans (and other friendly races) hang out in a sort of walled city, surrounded by a hostile alien wilderness. You are a Freelancer, which in video game terms means you're a very special boy or girl who can leave the city and go shoot monsters with your friends.

Destiny's premise is similar enough to take note, as the first game was largely set in and around the last city on Earth. You and your friends were Guardians, who in video game terms are very special boys and girls who can leave the city and shoot monsters. You get the picture.

Put simply, they're both RPG shooters where your sick headshots will net you experience points and loot. Anthem is said to be set in a "shared world," which sounds an awful lot like Destiny's MMO-lite trappings. Missions in both games are designed to be played solo or with friends.

Yes, the two games are similar on many levels. However, Anthem is anything but a Destiny also-ran.

The most noticeable difference, based on what little we've seen of Anthem so far, is the size and scope of the world. It looks like a true, massive open world that you can navigate with your jetpack, as opposed to Destiny's smaller, cordoned off zones. Though Destiny 2's zones appear to be bigger and more open than before, there are still multiple zones rather than one contiguous game world.

It's possible Anthem has multiple zones or worlds you go to rather than one huge world, but at the moment it seems like that's a major difference between the two games. Aside from that, Anthem is third-person and its co-op parties go up to four players rather than three.

In terms of gameplay, Anthem is all about Javelins, robotic exosuits each Freelancer wears. You can customize Javelins for different play-styles and own more than one, which sounds somewhat similar to the Destiny subclass system. Notably, though, Anthem's Javelins don't let you use space sorcery like in Destiny. You'll have to settle for more realistic weaponry.

Aside from all that, there is still a lot we don't know about mission design or the general structure of Anthem. Will it have dungeons or raids? Can you play the whole thing by yourself? Does it have player-vs.-player multiplayer? We'll have to wait and find out all of that and more before Anthem launches in 2018.