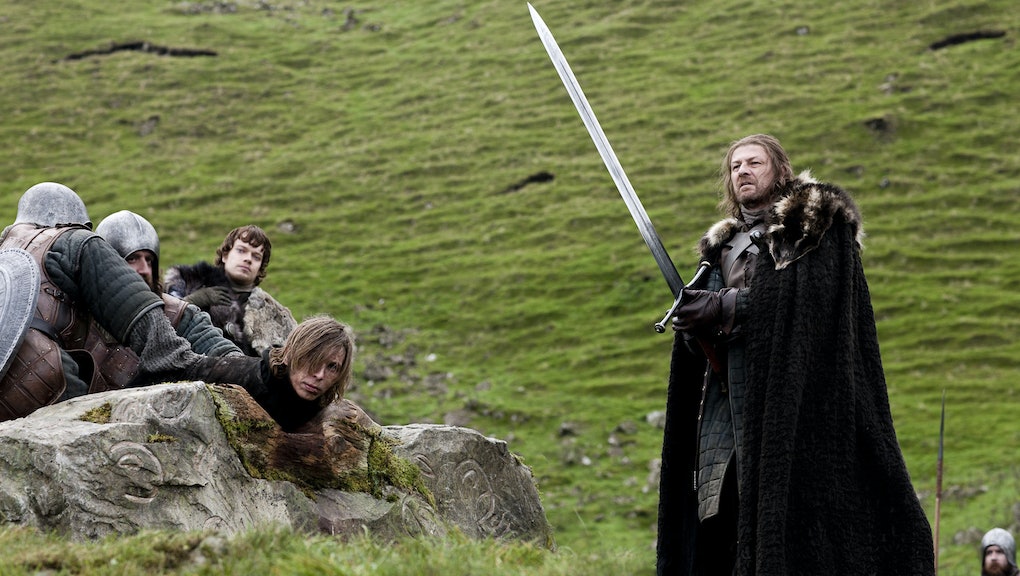 9 Father's Day quotes from the best dads on TV

While it should not take a designated holiday to celebrate all parents do for their kids, sometimes children do need a bit of a push. On Sunday, one of those pushes comes in the form of Father's Day.

Dads across the country will be honored by their children with backyard BBQs, random homemade gifts and, perhaps, a power tool they will never use. But who will celebrate all the amazing fictional dads out there?

Well, in honor of some of the great TV dads (and TV father figures), here are a few of their best quotes.

Will may not have had the best relationship with his biological father in The Fresh Prince of Bel-Air, but he had quite the exceptional dad: Uncle Phil. Played by the late James Avery, Uncle Phil may just be one of the best TV dads of all time. And perhaps his best quote was his very last to Will.

"You're not gonna lose us. You are my son, Will. End of story. You just better be sure your butt is by a phone on Sunday."

While we are on great dads named Phil, let's take a look at a quote from one of the best, albeit goofier, TV dads around: Phil Dunphy from Modern Family. As early as the pilot, we learn exactly what type of dad Phil hopes to be.

For many, Danny Tanner is the epitome of what a dad should be. He is kind, caring and, let's face it, can easily embarrass his children. He is also quick to teach his kids an important lesson — like the need to clean.

Forgive Bob Belcher if he loses his temper every once in while. After all, his children can be quite the handful. Still, it doesn't sound like he will be firing them from the restaurant any time soon.

"Listen, you’re my children and I love you, but you’re all terrible at what you do here and I feel like I should tell you. I’d fire all of you if I could."

While Giles may not have been Buffy's actual father, he took his role as her Watcher very seriously. And Buffy couldn't have asked for a better father figure. This was particularly evident from his response after she slept with Angel and he turned evil.

"Do you want me to wag my finger at you and tell you that you acted rashly? You did. And I can. I know that you loved him. And ... he ... has proven more than once that he loved you. You couldn't have known what would happen. The coming months are gonna — are gonna be hard. ... I suspect on all of us, but ... if it's guilt you're looking for, Buffy, I'm not your man. All you will get from me is my support. And my respect."

Boy Meets World never shied away from telling important stories, and in one episode, Shawn Hunter is almost convinced to join a cult. Well, Alan Matthews was not having any of that, and he tells the cult leader as much.

"No, no listen. You see! A judgement I made a long time ago is that Shawn Hunter is the best friend that my kid ever had. And I will kill to protect Shawn Hunter from people like you."

George Lopez was a great TV dad, but still, even he understands the value of alone time.

"But home-schooling, Angie, that's a big commitment. Remember that special moment every morning when Carmen finally leaves for school and you say, "Thank God, she's gone"? You won't have that anymore!"

As not only a father, but a high school football coach, Eric Taylor always had to be ready to drop the perfect motivational speech. Fortunately, he's quite good at it.

Ned Stark, unfortunately, spent far less time as a TV dad than most Game of Thrones' fans would have hoped. Still, he delivered more than a few great quotes. And one of his best might just be his farewell to Jon Snow.

"There's great honor in serving the Night's Watch. The Starks have manned the Wall for thousands of years, and you are a Stark. You may not have my name, but you have my blood."