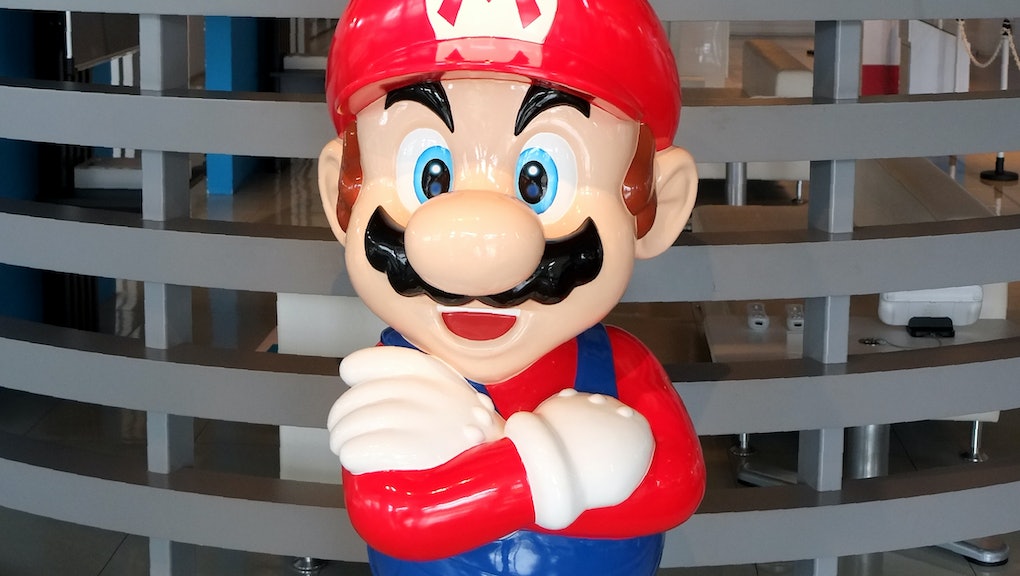 We already knew Super Mario Odyssey would launch for Nintendo Switch later this year. Now we have an official release date, along with some sweet new gameplay footage.

They also showed an extended demo of Mario running around New Donk City, which is led by Mayor Pauline. Whether this is the Pauline from the original Donkey Kong is unknown. You can freely explore the (small) city level and complete objectives to collect Moons, which are this game's version of Stars. You need to collect Moons to power your ship and visit new worlds.

Some buildings have open doors and at least one of those doors leads to a closed-off platforming challenge. They also showed a sand kingdom where Mario can wear a sombrero and a poncho in Tostarena Town, which has been covered in ice. That's bad for a desert world.

Finally, each world has a separate currency aside from the regular coins that you can use to buy outfits and souvenirs. That's how Mario can get the sombrero and poncho. Super Mario Odyssey looks totally bonkers and we can't wait to play it this October.