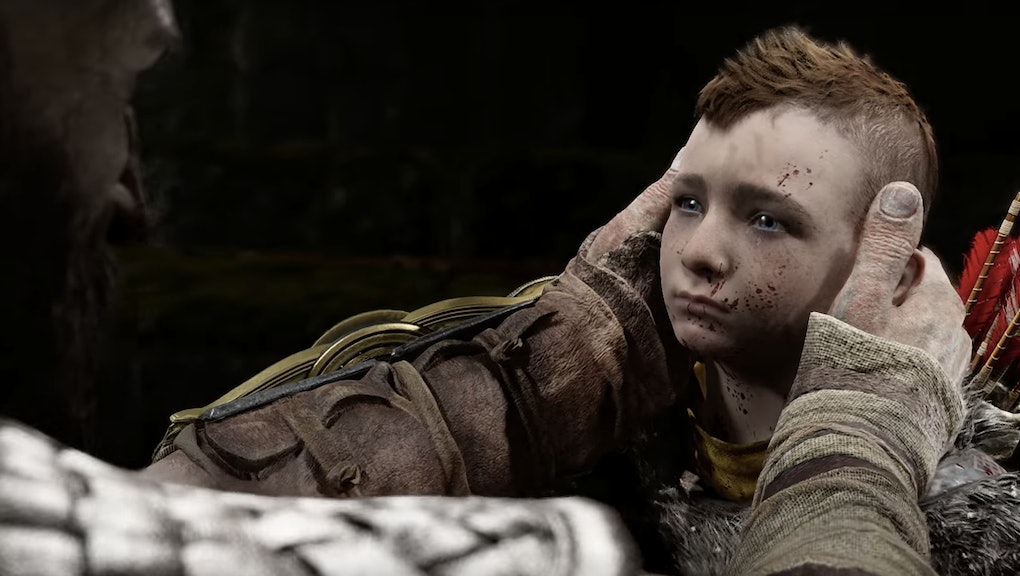 Kratos from 'God of War,' the King of Hyrule and the other worst dads in video game history

Father's Day is just around the corner, and gaming is full of dads. Shockingly, however, the bulk of them are pretty bad. After all, what kind of father lets his daughter head out on a life-threatening grand quest and fight goblins? Or lets their son jump into some kind of terrifying gun war?

There's no shortage of pretty garbage dads in gaming, and we're here to highlight some of the worst offenders. Hopefully, we can all learn a few things about fatherhood along the way — but alternatively, these games could make a great gag gift for the gamer dad in your life.

• Buddy's not technically his daughter, just a baby he found.

However, even by the standards of post-apocalyptic Olathe, Brad's quite the crappy caregiver. For one, he keeps Buddy locked in a basement for years, and that's not a great way to foster love from anyone. He's also addicted to an experimental government super-drug called "Joy" that turns everyone who uses it into a shambling, twisted mutant, and has very few compunctions about making his gang members compete in Russian Roulette tournaments for dirty magazines, which are Olathe's currency.

Brad's not wrong to try to protect the only woman left alive after the White Flash made them all disappear and turned Olathe into a "sea of dipshits," but his execution is a little flawed.

This one should be a no-brainer. Kratos, the guy who got so mad he accidentally killed his wife and daughter, gets a second chance with a son in the upcoming God of War for PS4. Unfortunately, if the trailer is to be believed, Kratos is still the same sullen wiener he's always been, spending most of his time in the previews yelling at his son, Atreus, for not being good enough at committing murder?

Lay off, Kratos! Given time and exposure to your garbage outlook on life, I'm sure Atreus will turn into just as much an antisocial meat grinder as you are. It's so bad, in fact, that the latest "Be A Warrior" trailer shows a seeress of some stripe taking him aside to basically tell him, "Hey man, that's still your kid, you know?"

Kratos: a dad so bad he got a second chance to be one, yet you know he's going to goof it up somehow.

Victor "Goddamn" Sullivan — "Sully" to his friends — is on this list to remind everyone that being a garbage dad isn't a terminal condition. After bowing out of the search for Shambhala in Uncharted: Among Thieves, Sully arises from the ashes of bad dad-dom like a beautiful phoenix in Uncharted: A Thief's End to try (unsuccessfully) to talk Drake into not throwing away his marriage and life to chase after another pirate's treasure with his brother, Sam.

Unfortunately, for Sully to become a good dad means he must have previously been a bad dad, and the Sully of 2007's Drake's Fortune is exactly that. He owes a lot of money to another treasure hunter named Gabriel Roman — one of the game's villains — and even aids him for a while before managing to reunite with Drake.

He was also a hopeless womanizer, a trait so outsized that Let's Players Chip Cheezum and General Ironicus made it a running joke during their Uncharted Let's Play that Sully, as we knew him, was actually just a collective of all the venereal diseases he'd contracted animating his body. Nice.

King of Red Lions/Daphnes Nohansen Hyrule — The Legend of Zelda: The Wind Waker

Oh, brother. Don't even get us started on this bozo. The King of Red Lions is a ship you pilot in The Legend of Zelda: The Wind Waker that's possessed by the last king of Hyrule — and basically, he just sucks. He essentially shunts Tetra, a capable pirate in her own right, off to the side to just kind of hang out in a sunken Hyrule because she's the reincarnation of Princess Zelda. He also spends most of his time haranguing you about not doing things quickly enough in a game that's supposed to be about sea exploration.

This latter point is so infamous that there are two separate comics. Plus, he refuses to let anyone stay in Hyrule at the end of the game, making everyone find a new landmass to live on. What a jerk.

You don't want to be too hard on Bowser, as being a giant fire-breathing turtle dinosaur would be tough for anyone. But Bowser is always changing forms anyway: Sometimes he's his regular dinosaur self; sometimes he's Giga Bowser; sometimes he's just bones. And, sometimes, he's a cat wearing sunglasses dancing at 920 fps and making you feel sort of ill. There's a lot of uncertainty about Bowser that no doubt makes it difficult for his son, Bowser Jr., to feel well-adjusted.

The real reason Bowser appears on this list is for lying to his son. At the end of Super Mario Sunshine, he tries to explain to his son that Princess Peach isn't really the boy's mother, at which point Bowser Jr. admits he already knew. And again, we get it — no one wants to have that talk with their kid. But Bowser can't seriously expect us to believe you thought your son wouldn't put two and two together. Come on.