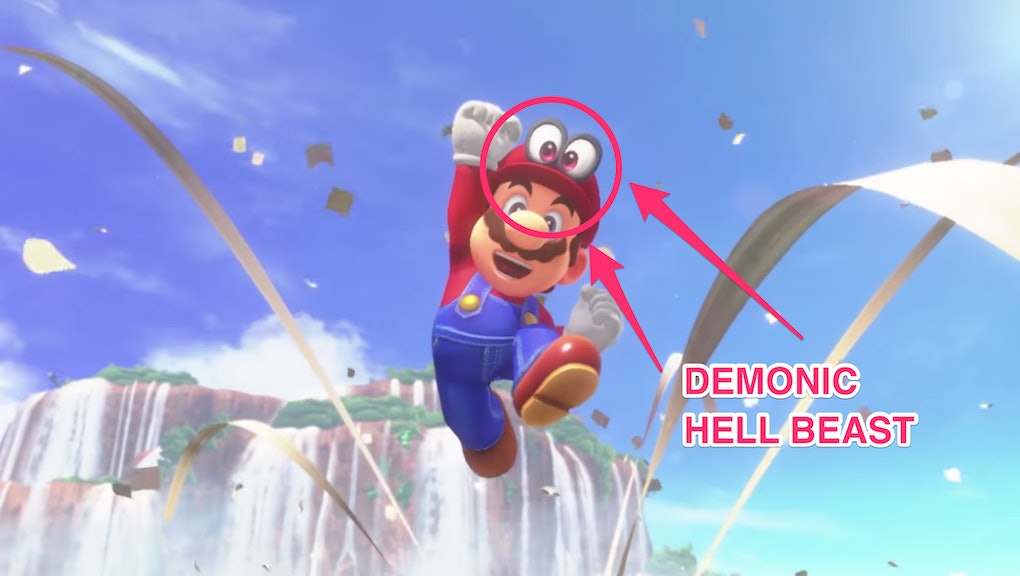 We already knew that Super Mario Odyssey featured Mario with a sentient hat that he could throw like a boomerang — but Nintendo totally buried the lede. At its E3 2017 presentation, it revealed that his hat, named Cappy, can possess things like some kind of demon from hell.

If you, like us, watched the new Super Mario Odyssey trailer with your jaw on the floor, we've broken down every single thing Mario can body snatch, from machines, to animals, to freakin' dinosaurs.

Strap in. It's about to get weird.

14. A statue with toes, sunglasses and an ultra-fly earring

15. One of those thin, wobbly traffic cone things

Super Mario Odyssey will be available October 27. We look forward to possessing everything in sight.