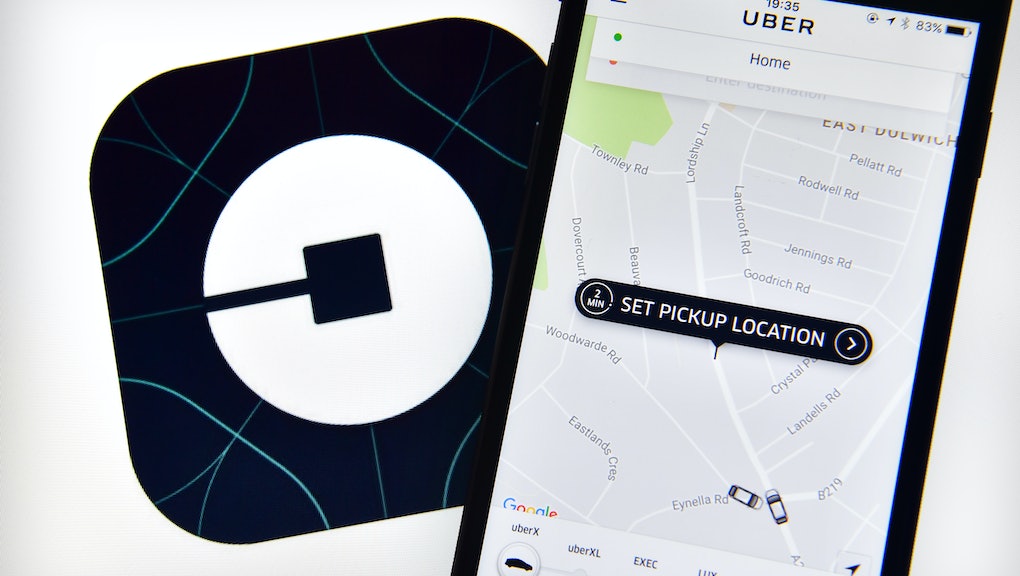 On Tuesday, during Uber's all-hands meeting about the company's workplace culture, board member Arianna Huffington pointed out that, according to data, one woman on the board increases the odds that another woman will join the board.

"Actually, what it shows is that it's much more likely to be more talking," board member David Bonderman said in response, according to leak audio obtained by Yahoo Finance>.

It does not inspire faith in a company's ability to improve its toxic work culture when a board member makes a sexist comment during a meeting about workplace harassment. (Bonderman resigned from the board before close of business.)

Uber was, it turns out, given a series of recommendations by former Attorney General Eric Holder of how to reform their corporate culture in the wake of allegations of sexual harassment and discrimination by former engineer Susan Fowler and others. Those recommendations included a reallocation of CEO Travis Kalanick's responsibilities, mandatory leadership training for executives, HR and managers, and a more effective complaint process, among other suggestions featured in the 13-page report. But their announcement on Tuesday, which included such Earth-shattering changes as renaming the conference room (they changed it from War Room to Peace Room), revising the company's ethos statements and mandatory hugs, suggests that they might not be taking the recommendations on how to improve the overall Uber working environment particularly seriously.

"Making Uber a good place for underrepresented people to work will require more than renaming a conference room — it will require paying off what Susan Wu calls 'diversity debt' through the kinds of substantive changes the Holder report recommends — and likely beyond it as well," Leigh Honeywell, former security manager at Slack and current tech fellow at the ACLU, said in an email.

"The recommendations in the report make it clear that Uber has failed to have basic workplace protections in place prior to the investigation," Honeywell said. "Many of the items in the report are basic requirements of a just and equitable workplace."

Chief of HR Liane Hornsey thanked Susan Fowler at the all-hands meeting, noting that she was the catalyst for change. Fowler, however, wasn't even in the room, nor, she says, has she received an apology from the company.

Fowler tweeted: "It's all optics."

Paula Brantner, a senior advisor at Workplace Fairness, said that she doesn't know if Fowler will ever receive an apology, a reparation or an invitation for an open conversation. She pointed out that Uber might have withheld a semblance of an apology for legal reasons, but that if the company cares about changing the culture, they should look past that.

"Part of really getting at the culture that has allowed harassment to thrive is moving beyond the legality and realizing that is what a lot of people want," Brantner said. "That's what most important to them. They want an apology. They want assurances that it won't happen again."

"I won't believe there is a real chance for Uber to reform until both of the following occur: Kalanick resigns, and the entire current board resigns and replaces itself with a new board of people renowned for their integrity and probity," Valerie Aurora, founder of tech diversity and inclusion firm Frame Shift Consulting, said in an email.

The corporate structure of Uber's board of directors affords Kalanick, who is taking an indefinite leave of absence, nearly complete control over decisions — he, along with co-founder Garrett Camp and executive Ryan Graves, have control over a majority of voting rights in the company since they get 10 votes per share, as Vox reported. That means that, if Camp and Graves are in Kalanick's pocket, Kalanick gets the last word.

Lots of people, it turns out, want to see Kalanick resign. Brantner noted that companies like Uber are often "cult-like" in the way that they grow, and that the most successful leaders will build a team around them that both keep them aware of their own shortcomings and faults, and also supplement the talents and skills they lack to lead. Others, however, will not.

"What often happens in these companies, someone has a particular talent or knack, they invent something, they create something, they are a founder, a visionary, and that doesn't automatically grant you leadership skills and corporate management skills," Brantner said. "Some of these companies that get hot, they grow very fast, there is a lot of focus on scale and scaling up and the venture capital and all of that side of things but they don't build a corporate infrastructure that is sufficient to handle it."

Brantner says that some employees and leaders at the company may need to take a leave, be terminated or be encouraged to seek positions elsewhere to improve company morale and to signal to employees that the Uber takes the Holder report's recommendations and complaints with the utmost seriousness, and is committed to implementing a more inclusive culture.

"In this process of change there are going to be employees who either are not comfortable with the level of change that needs to happen or they are going to be found to be not up to the task and their skillset and approach to these matters is not going to be what Uber needs to bring about change," Brantner said.