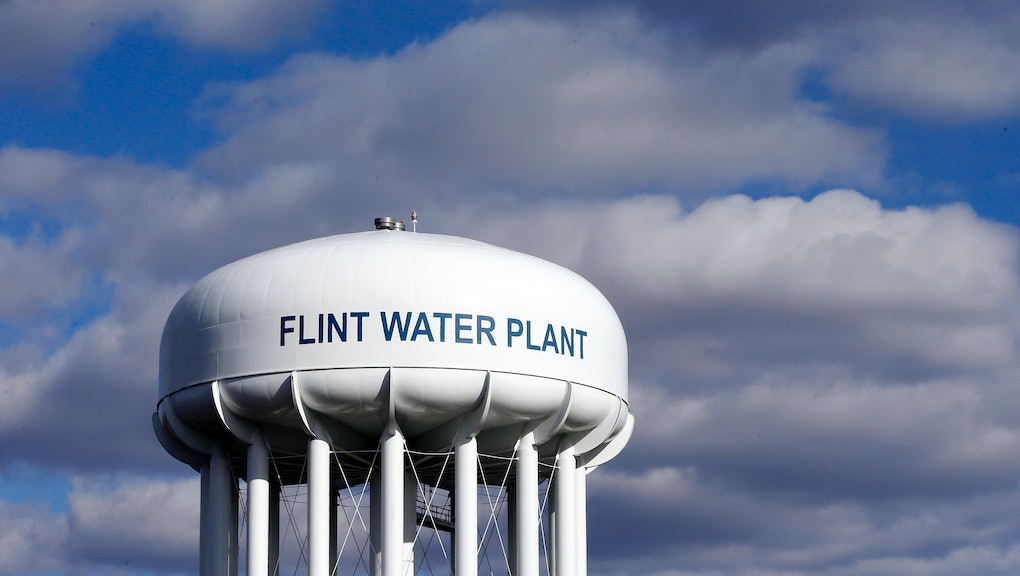 The head of the Michigan health department has been charged with involuntary manslaughter after he allegedly failed to alert the public to an outbreak of Legionnaires' disease in Flint, Michigan, linked to the city's lead-contaminated water crisis, the Associated Press reported.

The Michigan attorney general led a probe which looked at the decision by officials to switch the city's water supply to untreated Flint River water in 2014 in an effort to save money. Criminal charges have already been filed against 13 current or former government officials, according to the AP.

After the change in water supply, corrosive water from the Flint River water caused lead to leach from the city's aging pipelines and into city residents' water supply.

In addition to the Legionnaire's outbreak, which resulted in a reported 12 deaths between 2014 and 2015, Flint's tainted water also resulted in about 99,000 residents who suffered from heightened blood lead levels.

According to the CDC, heightened levels of lead exposure pose a particular risk to young children with developing nervous systems. The consequences of overexposure can include decreased intelligence, inattention, impulsive behavior, impaired neurobehavioral development and stunted growth.

Although federal officials have now deemed Flint's water potable when properly filtered, some homes are not equipped to be fitted for the proper filtration systems — leaving some residents reliant on bottled water.