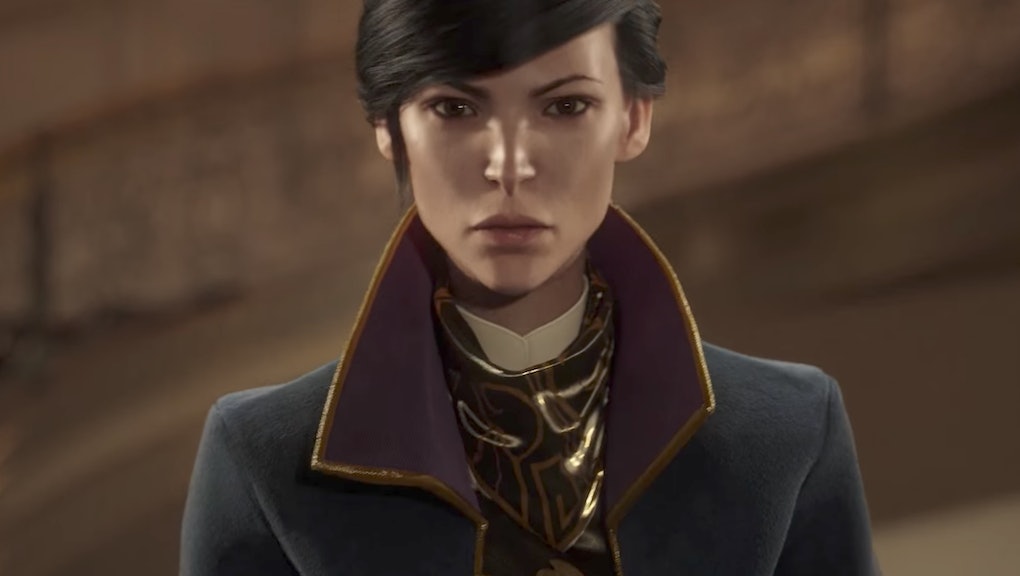 If you liked playing as Emily in Dishonored 2, you should send a thank-you letter to Feminist Frequency's Anita Sarkeesian.

In an interview Sarkeesian conducted with Arkane Studios' co-creative director Harvey Smith for Engadget, the two discussed the transition between Dishonored and Dishonored 2. Specifically, they discussed the role that the gendered criticism of the first game played when Arkane started working on its sequel.

"I was one of some voices that were very critical of [the first] Dishonored," Sarkeesian said. "While it was a really impressive game, it wasn't so good to women. So, it was such a treat to see Dishonored 2 come out and you can play as Emily, the marketing was Emily... and it was very clear that there was at least some kind of internal conversation that happened internally around that."

Smith said that Sarkeesian's criticism of the first Dishonored made him defensive at first, but played a role in the way Arkane approached the way it wrote the women of Dishonored 2.

"Your comment," Smith said. "Which I will always remember and I'll take it to my grave is ... 'While Dishonored is a game that does many things very well, the roles it has for women are very narrow.'"

After hearing Sarkeesian's criticisms, he said that it made him see the way Arkane depicted the women of Dishonored 1 in a new light. Here are his comments in full:

At first, you take some criticism and go, 'Wait a minute,' and then you look and it's like, 'Wow, every woman in Dishonored 1 is either a servant, a prostitute, a witch, a queen or a little girl. Or a mistress.' We have a mistress also. You know, that was not an intentional choice.

So, while Sarkeesian has an unfortunate reputation within the Gamergate crowd as some kind of finger-wagging outsider who's hell-bent on ruining video games, it's important to remember that most game developers have an interest in responding to criticism, too.

"Some game developers are like, 'I hate critics,'" Smith said, impersonating his peers. "'Come try to make a game and then criticize it.'"

"Wait, they don't like critics?" Sarkeesian joked. "I've never heard that before."

Dishonored 2's newest downloadable expansion, Death of the Outsider, will be available Sept. 15.