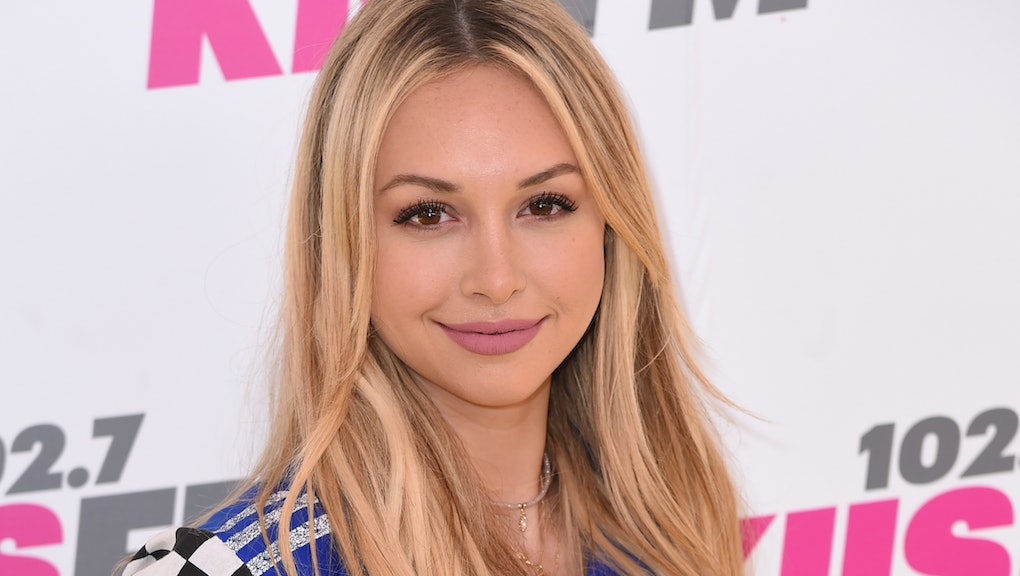 Corinne Olympios is speaking out following reports that she and Bachelor in Paradise co-star DeMario Jackson were involved in an incident on the season four set. People, ET Online and other outlets obtained the following statement from Olympios:

I am a victim and have spent the last week trying to make sense of what happened the June 4. Although I have little memory of that night, something bad obviously took place, which I understand is why production on the show has now been suspended and a producer on the show has filed a complaint against the production.

As a woman, this is my worst nightmare and it has now become my reality. As I pursue the details and facts surrounding that night and the immediate days after, I have retained a group of professionals to ensure that what happened on June 4 comes to light and I can continue my life, including hiring an attorney to obtain justice and seeking therapy to begin dealing with the physical and emotional trauma stemming from that evening.

According to TMZ, Olympios has hired Hollywood lawyer Marty Singer. Singer worked with Charlie Sheen to get money from Warner Bros. after the actor was fired from Two and a Half Men. The attorney has also represented stars like Katy Perry, Justin Timberlake, Whitney Houston and more.

As previously reported, production halted on the Bachelor in Paradise set after a producer filed a complaint about sexual misconduct between two cast members. Olympios, who competed on Nick Viall's season of The Bachelor, and Jackson, who was recently eliminated from Rachel Lindsay's season of The Bachelorette, are said to be involved in an alleged sexual encounter where too much alcohol was consumed.

Jackson spoke to TMZ earlier on Wednesday, telling the outlet that he wants the footage released to show that both he and Olympios were lucid during the sexual encounter.