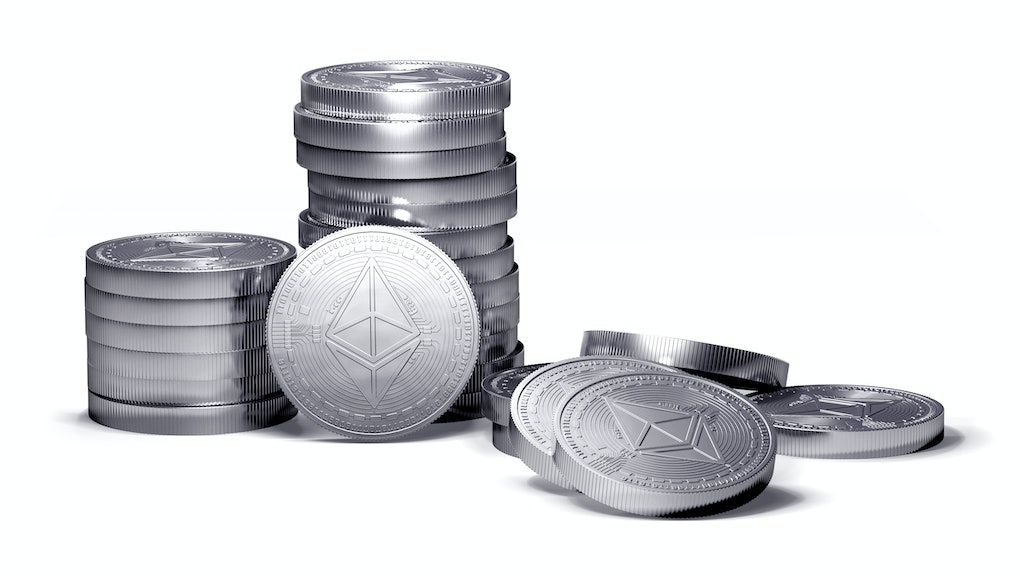 What is Ethereum? Is it the next Bitcoin? 3 misconceptions about the hot new digital technology

Ethereum, a new technology invented by a 19-year-old genius, has been taking the finance world by storm. The media is buzzing about its growth of over 2,000% in 2017. But like Bitcoin, a cryptocurrency that's much better known, Ethereum is still shrouded in mystery for most people. Is Ethereum profitable? Is it the next Bitcoin? And — no shame — what on earth is a blockchain, anyway?

Let's start with the basics. Ethereum is a blockchain, or, very simply, a virtual ledger or a list of records. It was inspired by Bitcoin, but what makes Ethereum special is that its technology is more like a shared world computer where people can frictionlessly exchange information, data and resources, without fear of hacking, manipulation or censorship — that's the idea, anyway.

Technologists see it as a computing platform we could use to build a new — and, many say, better — internet, one that is highly secure and trustworthy, while also transparent and open to all. Ethereum technology aims to enable a movement away from top-down governance, toward the decentralization of power and value in a highly connected world.

It’s easy to oversimplify an emerging technology. Just like the internet in the early 1990s, people don’t quite know how to talk about Ethereum and blockchain technology yet. But Ethereum has already begun to spark innovation in the financial services industry, among others. It's important, then, that we clear up a few misconceptions about it.

1. Ethereum is not just another Bitcoin.

"Ether" — you'll hear this term a lot — is the actual cryptocurrency associated with the public Ethereum blockchain, where it is used as "gas" to fuel smart contracts.

Cryptocurrency is programmable, digital money. A blockchain, however, is best described as a distributed ledger, where people across the world run copies of the same uneditable record of transactions. Satoshi Nakamoto designed this distributed ledger system (the Bitcoin blockchain) in order to allow his cryptocurrency (Bitcoin) to be sent peer-to-peer around the world without a trusted third party. Bitcoin the blockchain was built in service to Bitcoin the currency. As more people started using Bitcoin, others took notice of the underlying blockchain technology and realized it could have much bigger applications than simply sending money.

That’s when Vitalik Buterin, then just a teenager, invented the Ethereum blockchain to be fully programmable using smart contracts. Ether, the currency, exists in service to Ethereum the blockchain — instead of the other way around.

Ethereum is a computing platform for building full-scale applications. People call Ether “gas” in this system — it’s simply used to pay for the use of the Ethereum world computer. Still confused? Watch the latest season of Silicon Valley. Many folks agree the “new, decentralized internet” they’re talking about is Ethereum, or something like it.

2. Ethereum is not just for nerds. Here's what ether can do for the world.

It sounds complicated and mathematical, and when your tech friends start talking about it, you don’t understand half the words they’re saying. But it’s not just for mathematicians and computer scientists.

The United Nations’ World Food Program recently used the Ethereum blockchain to record and verify aid to 10,000 Syrian refugees. It's expanding the program as soon as August.

Toyota, a member of the Enterprise Ethereum Alliance, is implementing blockchain as a new way of gathering and sharing data on driverless cars. Even governments are starting to use this technology: Dubai has set out to become the world’s first blockchain-powered government by 2020.

3. The hype isn't just about the price — it's about Ethereum's potential.

When people talk about Ethereum, they tend to talk about the price of ether. While the skyrocketing price may be an indicator of the platform’s growth, the real story is much bigger than that: Ethereum is a decentralized application platform that can change the way we do almost everything.

Take identity: There are currently 1.5 billion people who do not have proper legal identification. With Ethereum, identity doesn’t have to be linked to and endorsed by a stable government. The Ethereum decentralized application (usually referred to as DApp) UPort is establishing a global, unified, self-sovereign identity system — a system that would allow any person in the world to establish and control their own digital identity. Similarly to how developing countries leapfrogged copper-wire technology and headed straight to 3G, Ethereum enables people to bootstrap their own economic inclusion.

Or take forecasting: As seen during the 2016 U.S. election cycle, current polling systems aren’t always accurate. Gnosis is a new way to forecast using blockchain technology. The Gnosis prediction market is decentralized, which means anyone can contribute, not just established organizations, and requires people to bet on the outcome of an event rather than just voice their opinion with nothing at stake. When the outcome is confirmed, those who bet correctly are rewarded and those who were wrong lose their stake. Once established, this ecosystem hopes to be a democratic, efficient and completely transparent means of predicting outcomes.

Welcome to the future.