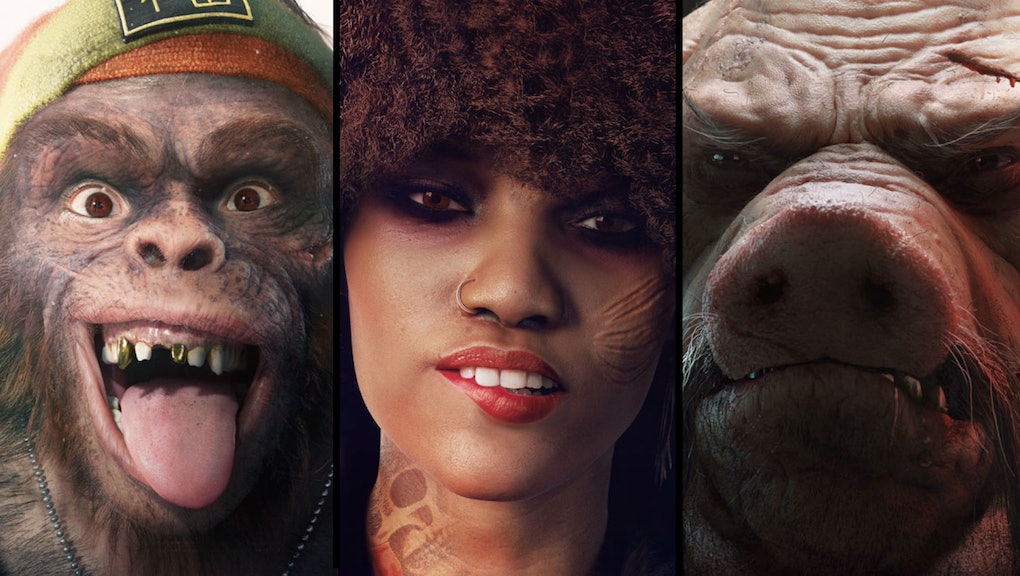 The spectacular trailer for Beyond Good and Evil 2 Ubisoft showed at the end of its E3 presentation made it seem like it was just a far-off fantasy — but some E3 2017 attendees actually got to see a gameplay demo behind closed doors.

It sounds like Ubisoft still has a ton more work to do on Beyond Good and Evil 2, but it's an ambitious project with a pretty massive scope.

Beyond Good and Evil 2 gameplay: A simulated solar system that moves in real time

The most impressive detail that's come out about Beyond Good and Evil 2 is that it'll take place in a simulated solar system whose planets rotate and orbit its star in real time. In other words, the day/night cycles aren't simply a shift in the game's lighting that happen at regular intervals on a static plane. The planets you're on are actually moving through a simulated space.

Here's how Stephen Totilo described it in his write-up for Kotaku:

"I'm changing the time" [series creator Michel] Ancel said as he then zoomed out so that the camera pulled back from the atmosphere into outer space. Many games have day/night cycles, but in this demo, "Changing the time" meant actually making the planet rotate on its axis as it moved around a star, causing the light from the star to hit the surface differently. "There is a universal simulation," he said. "There are galaxies. It's not just changing the color of the sun. Everything is rotating."

"For those asking: Yes, I saw gameplay," Pearce tweeted. "It's in very early stages, but I am already impressed. I asked about day/night cycle and [the developers] laughed. They took a ship, kept flying out and out and out (no load screen) to show me it's not a 'day night cycle.' It's a functioning solar system."

Both Totilo and Pearce emphasized that the appearance of the game wasn't polished or anywhere near complete, but both seemed impressed with the underlying systems in place.

Beyond Good and Evil 2 gameplay: Character customization and multiplayer

The other tidbit we've learned about Beyond Good and Evil 2 is that it'll let players customize their own main character, unlike the first game, which starred the pre-made hero Jade.

"Players start with a customizable character," Totilo said. "Maybe you're a cool monkey man. Maybe you're a swashbuckling lady. You start in a low social station, maybe as a slave. Or, Ancel suggested, maybe you deliver pizzas on a space tuk-tuk, and you see a port full of spaceships that can warp through the universe."

No matter who you make, Beyond Good and Evil 2 will be a story about building yourself up from nothing — from being a lowlife to owning your own spaceship.

Since there's no pre-made characters, it sounds like Beyond Good and Evil 2 will have some sort of multiplayer component, but it's not clear whether there will be a separate multiplayer mode — like in Mass Effect — or whether other players will just be able to tag along. Maybe Ubisoft isn't even sure yet, either.

Beyond Good and Evil 2 is still a long way off, but we're just happy it exists at all.

Check out more of our coverage from the Ubisoft E3 2017 press conference, including the incredible Beyond Good and Evil 2 reveal, confirmation on the new Mario + Rabbids game, a pirate game called Skull & Bones and surprising new Far Cry 5 gameplay.