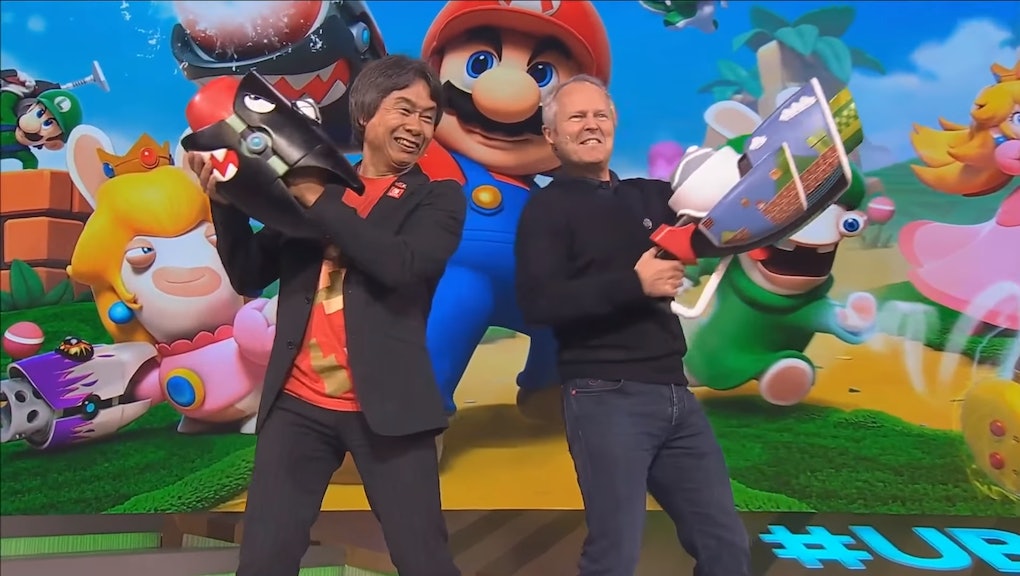 Devolver Digital E3 2017 and the weirdest, funniest moments from this year's conference

E3 is great, but it also has a tendency to produce unintentionally hilarious nonsense. If you put enough video game people on stages, it's bound to happen eventually. Thanks to the internet, we can document the awkwardness forever.

Here's a rundown of some of the weirdest and funniest moments from E3 2017, starting with whatever the hell happened at Devolver Digital's press conference.

First, a little bit of intentional comedy, which is a rarity at E3. Devolver Digital is a publisher of weird-ass indie games like Hotline Miami and Hatoful Boyfriend. You don't normally see companies like Devolver having E3 press conferences. They decided to buck the trend by… putting on a fake press conference.

Kotaku's Gita Jackson has a detailed writeup of the "press conference" in case you can't or don't want to watch it at work. It's basically a 15-minute parody of E3. They didn't announce any games or anything. Instead, Devolver spent time and money lightly making fun of everyone else. Someone had to.

Everything else, all in 10 minutes

Bless YouTube user bigMooney06, who put together a 10-minute compilation of, well, everything else that made us laugh or cringe at E3.

In total fairness to everyone involved, it's really difficult to talk to a camera or an audience or both. None of us would be able to get through all of that without seizing up or talking over ourselves, either. We're really here to celebrate what makes E3 special, as the events that go without a hitch are usually the least interesting.

Check out more of our coverage from the Ubisoft E3 2017 press conference, including the incredible Beyond Good and Evil 2 reveal, confirmation on the new Mario + Rabbids game, a pirate game called Skull & Bones and surprising new Far Cry 5 gameplay.