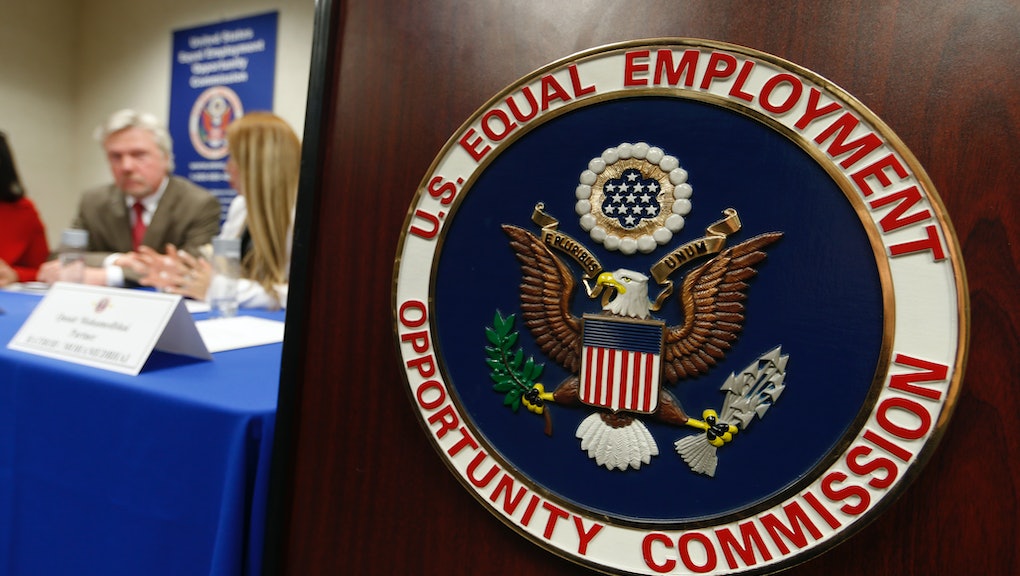 June 15, 2017, 4:58 p.m.: At 4:41 p.m., BuzzFeed News reporter David Mack, who originally reported that the Department of Commerce had removed sexual orientation and gender identity from its employment policy, tweeted a statement from Commerce Secretary Wilbur Ross saying the department would reissue the equal employment policy to include LGBTQ people. Mic‘s original story appears below.

According to the report, the change was made within the last 10 days, which found that the new EEO statement removed a number of protected groups.

"The Department of Commerce does not tolerate behavior, harassment, discrimination or prejudice based on race, color, religion, sex, national origin, age or disability," the EEO policy, signed by Commerce Secretary Wilbur Ross, reads. "We will also provide reasonable accommodations for applicants and employees with disabilities."

That's different from the 2016 EEO policy at the Commerce Department:

The Department of Commerce does not tolerate discrimination based on race, color, religion, sex (including sexual harassment and pregnancy discrimination), sexual orientation, gender identity, national origin, age (40 years of age and over), genetic information, or disability (physical or mental), including the provision of reasonable accommodations for qualified applicants and employees with disabilities or genetic information.

The Civil Rights Act of 1964 does not include gender identity or sexual orientation as protected classes.

The Senate passed the Employment Non-Discrimination Act in 2014 that would include those two groups, but the bill never made it through the House. So in 2014, President Barack Obama signed an executive order to ban federal contractors from discriminating on the basis of gender identity or sexual orientation.

"It doesn't make much sense, but today in America, millions of our fellow citizens wake up and go to work with the awareness that they could lose their job, not because of anything they do or fail to do, but because of who they are — lesbian, gay, bisexual, transgender," Obama said at the executive order signing. "And that’s wrong."

Trump in January said he would uphold that executive order. However the Commerce Department removing gender identity and sexual orientation from its own EEO statement appears to violate the spirit of that pledge.