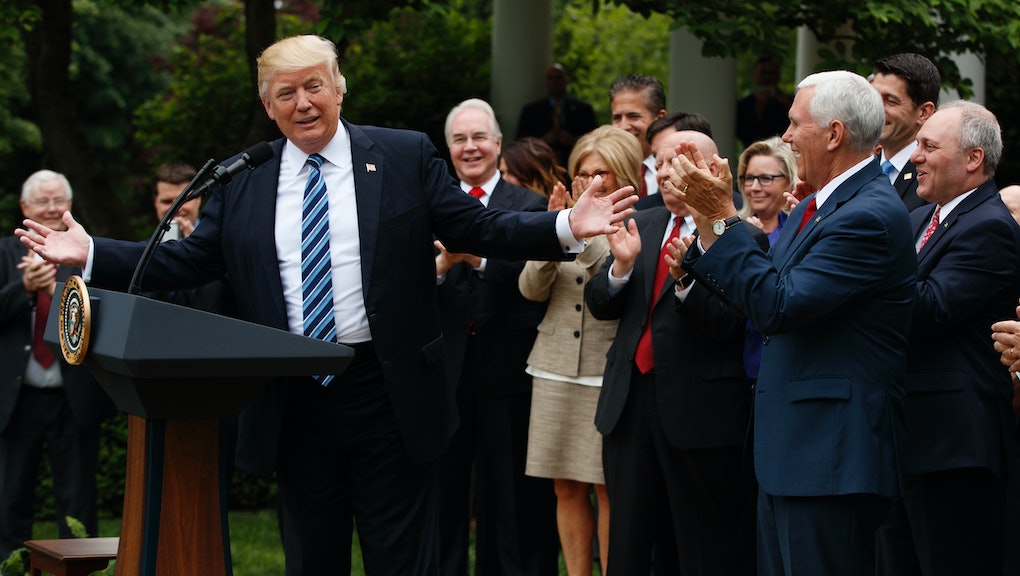 About 6.4 million adults aged 19 to 29 would lose coverage under the AHCA, according to an analysis by the Center on Budget and Policy Priorities.

"Lower- and middle-income young adults would see large coverage losses, unsurprising given the large coverage gains these groups made under the [Affordable Care Act]" according to the study.

The CBPP estimated coverage by age group based on the non-partisan Congressional Budget Office's initial analysis of the AHCA that showed it would cause 23 million people in the United States to lose health insurance by 2026.

Senate Republicans are currently working to amend that bill, which President Donald Trump said earlier this week was too "mean." Senate Republicans, however, are writing the bill in secret, and don't plan to hold hearings or seek public input before they vote on the amended legislation, a move that could come before the July 4 Congressional recess.

Other age groups would also be negatively impacted by the AHCA, according to the study.

The uninsured rate among children would rise by about 50%, with roughly 3 million children losing coverage, according to the study.

Those between the ages of 30 and 49 would see their uninsured rate rise by 84%, according to the study, with 8.2 million people losing coverage.

And the oldest segment of the population — between the ages of 50 and 64, before Medicare kicks in — would also be hit hard, with 5.1 million people in that age range losing coverage, according to the study.