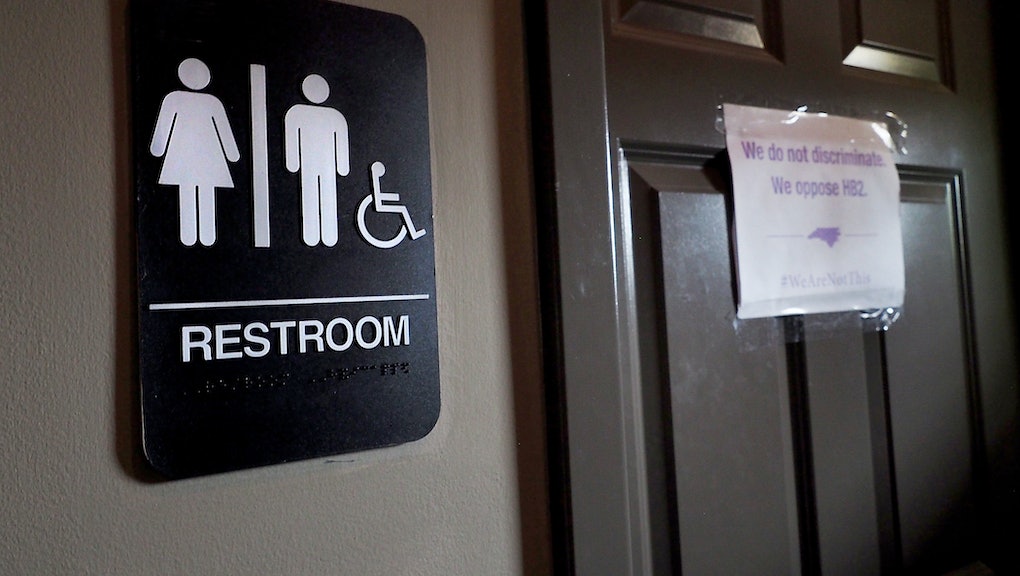 The nation's largest association of medical doctors has officially come out against discriminatory "bathroom bills," saying they're harmful to both the mental and physical health of people affected by the legislation, NBC News reported on Thursday.

At its annual meeting this week, the American Medical Association adopted a resolution officially opposing "bathroom bills" that prevent transgender people from using public bathrooms that match their gender identities.

"Prejudice and discrimination affect transgender individuals in many ways throughout their daily lives, often in the form of physical or verbal abuse or bullying," Dr. Jesse Ehrenfeld, a member of the AMA board, said in a statement. "Laws and policies that restrict the use of public facilities based on biological gender can have immediate and lingering physical consequences, as well as severe mental health repercussions."

The move was part of the AMA's larger effort to acknowledge "that individuals' gender and sexual identities do not always fit neatly into binary paradigms," according to the statement released by the organization, and to attempt to enhance care for transgender and nonbinary Americans.

In its resolution, the AMA noted that transgender people who live in places that have discriminatory policies in place show "statistically significant increases in mental health and psychiatric diagnoses."

North Carolina's HB2 law, a high-profile example of one such discriminatory policy, was eventually repealed — but several other states are debating similar measures, including Texas, where lawmakers will debate during a special session in July a "bathroom bill" that would ban trans people from using public restrooms that correspond with their gender identities.