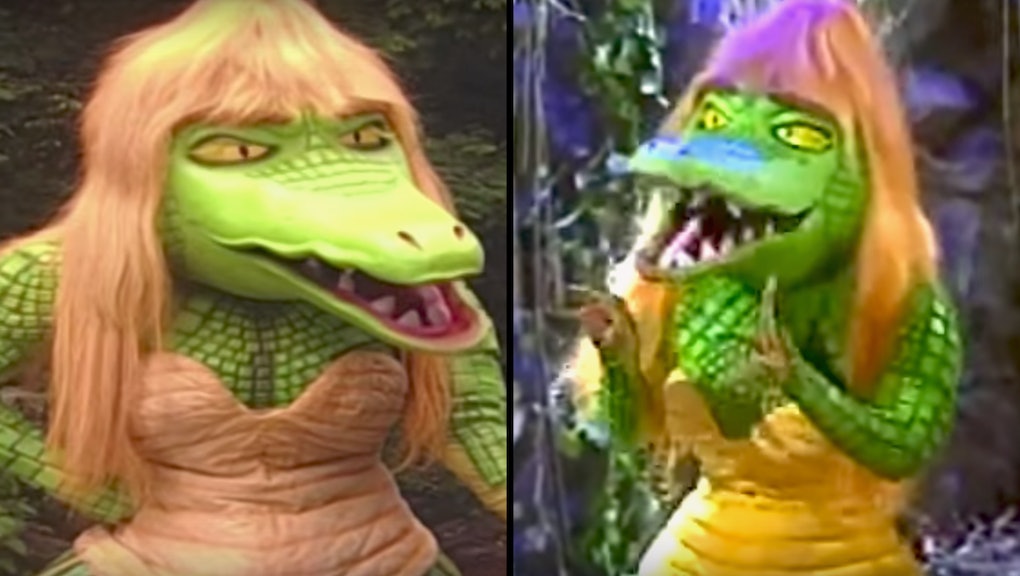 The online ruckus began Thursday when a gif of an attitude-filled crocodile in a blonde wig circulated along with lyrics to Nicki Minaj's "Check It Out."

The meme continued with more sassy memes, many of them accompanying famous moments in gay history, including Valentina's infamous lip sync on season 9 of RuPaul's Drag Race.

She even became the star of her very own "one thicc bih" meme.

Before long, there was no turning back. Cuca had so entranced people on Gay Twitter that they declared her the new gay icon. Many were comparing Cuca's steep rise to fame to that of the Babadook, the ghoul who became a homegrown LGBTQ icon earlier in June after a long, slow simmer on Tumblr and Twitter.

Many people from Brazil on Twitter have been quick to point out that Cuca is a Brazilian folklore character who also was the star of a children's television show. According to the blogosphere, the Cuca is a humanoid crocodile who robs bad kids. Several clips of the show based on Cuca are on YouTube, as well.

According to people on Twitter, Cuca gained internet notoriety after people on a Brazilian music fansite, Pandlr, began to use gifs of her when discussing their favorite artists.

Pandlr tweeted out an image of Cuca earlier this week, pre-empting many of the tweets that shot Cuca to internet meme status.