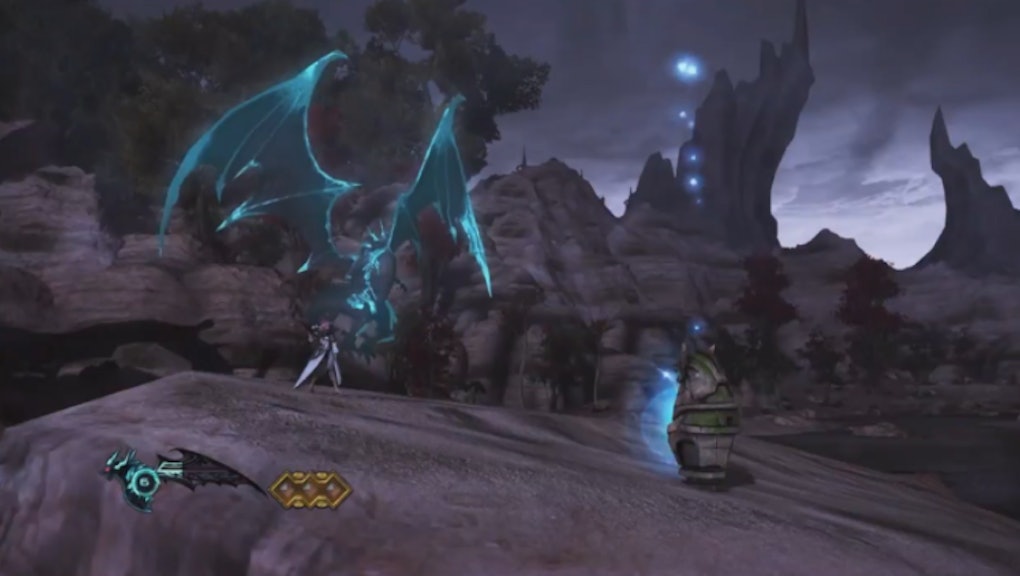 The day that Warriors of Light from all across Eorzea have been waiting for is finally — if unofficially — here and with it come new jobs. Early Friday morning, after months of fanfare, the Stormblood expansion pack was made available to almost all Final Fantasy 14 players who preordered the game. Those who signed on this morning found themselves quickly thrust into Gyr Abania, where the Ala Mhigo Resistance has been biding its time, waiting for the perfect opportunity to strike against the empire in the epic fight for its independence.

But of course, you won't be doing the rebels any good if you don't know the ins-and-outs of your job. Some jobs — like Summoner and Dragoon — received a set of small but meaningful changes to their Level 1 through Level 60 job actions. Other jobs — like Bard and Machinist — feel entirely different.

Mic's Final Fantasy 14 Stormblood job guide will get you started with everything you need to know to hit the ground running. We've culled our stats from the official job detail notes, which dropped late on Thursday night. We've also had a few hours to play the game on Friday, and we'll be bolstering that analysis with some initial reactions to the state of things — although, like you, we haven't been able to get past an early glitch keeping players from continuing with the Main Scenario Quest.

Here are a few key takeaways for the jobs and roles we've tried out in the 4.0 patch. This guide is in progress and will be updated as Mic gets to try out each role over the next few days.

Square Enix gave healers the biggest gift of all in Stormblood: Rather than having to stance-dance with Cleric Stance in order to toggle between a DPS mode and a healing mode, Astrologians, Scholars and White Mages will now have their damage output calculated off of their Mind stat, rather than their Intelligence stat.

It's very possible that this means healers will now be expected to contribute a lot more damage during dungeons and raids. It's also possible that certain DPS-checks in Stormblood content won't be as easily passed without their help.

First impressions can be tough, but that hasn't stopped anyone from getting excited about Astrologians.

Yes, a recast time reduction on Essential Dignity without any nerf to its potency means better, more frequent burst healing — an area Astrologians always felt underwhelming. And yes, Minor Arcana — their new Level 66 ability — has a 50% chance of giving these healers the Lady of Crowns card, which grants them a 500 potency instant cure. This gives them even more potential for burstier healing that will, in turn, afford Astrologians more time to focus on the tarot cards that define the job, rather than the underwhelming healing required of the role.

If that was all Astrologians got in Stormblood, that would be terrific. But in terms of DPS, the job also got some truly exciting new toys to play with. Stellar Detonation, a new AOE damage/healing ability that's arguably the most beautiful spell in the game, means you'll be saving lives while you kill baddies. A huge buff to Combust II that increases its potency, decreases its mana cost and makes it an instant cast. Some mana cost is shaved off of Malefic II at the expense of a little spell potency, but by the time you unlock Malefic III — a new spell with a greater potency than Malefic II had before it was nerfed — you'll never notice you were doing less damage.

Couple all of this with the fact that the Balance card wasn't nerfed (lol) and you've got a healer that can do it all — and looks pretty sick while it does it.

Perhaps it's because White Mages are one of the most iconic jobs in the Final Fantasy franchise, but when early information on the changes to the classic healer were announced, players were not happy.

At first glance, it's tricky to figure out why. Cooldowns were reduced dramatically, and in the case of Benediction, which restores all of a target's HP, it was almost sliced in half. Potencies on damage spells like Stone II were increased. Secret of the Lily, the White Mages key new toy, lowers recast time for the job's biggest heals.

When it comes to raw healing, nobody's going to be doing it better than the White Mage. But there is one conspicuous absence from its roster of new abilities in Stormblood: Utility.

One could make an argument that some DPS classes — which are traditionally thought of as contributing less key utility by design — will be able to do more to aid their party than White Mages will in Stormblood. For instance, Devotion, a new Summoner spell, increases attack potency and healing magic potency while reducing damage taken on a single party member. White Mages don't get anything remotely resembling that.

But there is one key ability combo we think will allow White Mages to remain competitive in Stormblood, if our hypothesis about the necessity for Healer DPS holds up: Holy, which does respectable AOE damage and stuns enemies for four seconds, and Thin Air, a new spell that removes the mana cost of all spells for 12 seconds.

Being able to spam at least four Holys for no mana at all — as opposed to its exorbitant mana cost — is bound to be helpful in just about any party situation, keeping key mobs on lock while your DPS focuses on a main target.

Back to School for Scholars

Poor Scholars. They've gone from misunderstood to freakishly overpowered to competing for relevance with White Mage in Stormblood. While no other healer would've appreciated the change to the Mind/Intelligence stance-dancing as much as Scholar, they've been hit where it hurts: a serious nerf to Bane that prevents them from coupling their respectable healing and incomparable utility with damage that makes you wonder why anyone thought this class was fair in the first place.

But it's not that Scholars are awful now — it's just that they're no longer the 100/10 dungeon participant they used to be. Sacred Soil will be sharing real estate with other area-creating actions, meaning you wont be dropping Shadow Flares on top of them like you used to.

Speaking of Shadow Flare, its cooldown was doubled, meaning that tanks will have to pay attention where you're putting those down, which they likely won't.

And to make matters worse, your iconic faeries received nerfs to their heals.

Life isn't fair, Scholar, but it's not all bad news: Chain Strategem, a new Level 66 ability that increases the rate your target gets critical hits from your party, is a game-changing spell — the first of its kind in the game. While it's still bound to an RNG, there's serious potential for some back-to-back-to-back-to-back critical hitting that you'll get all the credit for, Scholar.

Broil II, which becomes available at Level 64, gives you a 230 potency damage spell for the first time ever. Couple that with a buff to Broil I and things aren't as bleak as they once were.

Though Scholars were the undisputed queens and kings of healing in Heavensward, they're now neck-and-neck with White Mages, who aren't as bad as Reddit would have you believe. That said, Astrologian wipes the floor with both of them.

Mic is currently playing each job in Stormblood. We will update with our initial impressions once we try more.