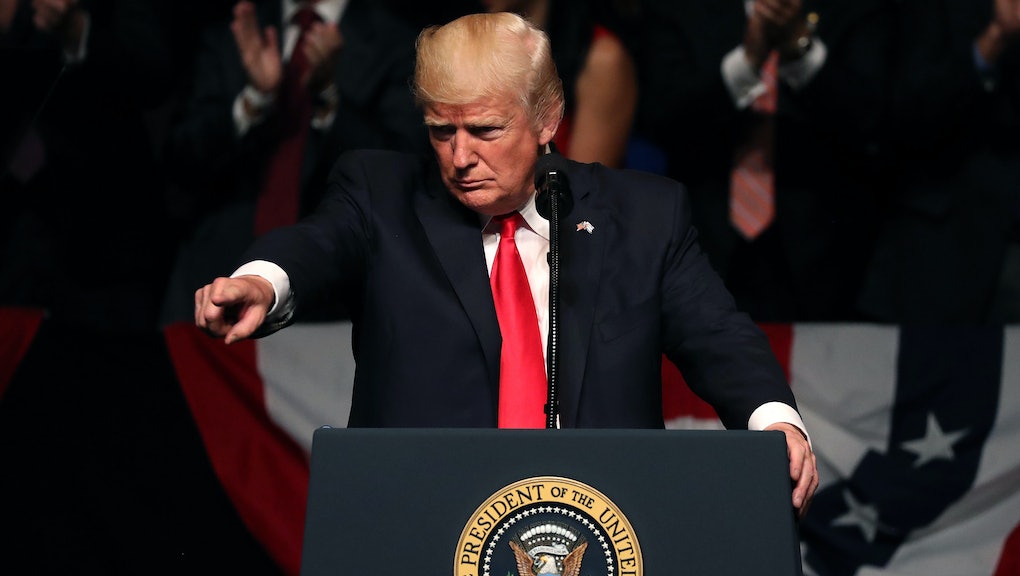 President Donald Trump's administration may work with House Republicans to ease tough sanctions on Russia that passed with an overwhelming 98-2 bipartisan majority in the Senate, Politico reported.

A senior administration official said the White House is unhappy with measures in the Senate bill designed to limit Trump's ability to ease the sanctions without congressional approval. The sanctions targeted Russian energy products as well as "mining, metals, shipping and railways and ... Russians guilty of conducting cyber attacks or supplying weapons to Syria's government," according to Reuters.

Some of the sanctions were originally proposed by Barack Obama's administration, while others are new, but they are all intended to punish the Russian government for what U.S. intelligence agencies say was an effort to damage Democratic nominee Hillary Clinton by leaking embarrassing emails.

It's not clear how the pitch would be received by House Republicans, but Politico added the administration official says the White House is "confident it has allies in the House" who do not like limiting the president's powers. Ohio Sen. Sherrod Brown told Politico he had heard the White House was moving forward with attempts to "slow it, block it," while Sen. Dick Durbin said he was concerned the executive branch could obtain its desired changes with a minimum of public attention.

However, Sen. Robert Menendez was skeptical, telling Politico, "I just cannot fathom how House Republicans could ultimately, with everything that’s going on with Russia’s nefarious actions, try to either deep-six the bill or dramatically change it."

On Saturday, Russian President Vladimir Putin warned the U.S. further sanctions would damage relations, though stopped short of saying how the Russian government would respond in kind.