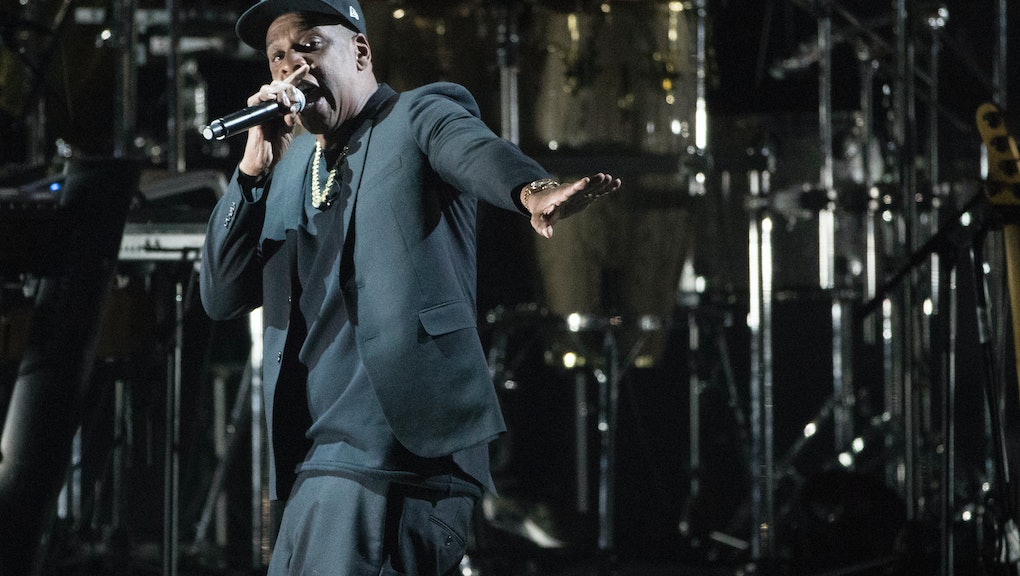 In the United States, one in every nine black children has an incarcerated parent. On Sunday, many of those fathers are coming home.

For Father's Day, rapper Jay Z pledged to bail dads out of jail who can't afford to do it themselves, giving money to organizations that did the same for mothers last Mother's Day. Jay Z, whose given name is Shawn Carter, wrote about the over-incarceration of African-American men in an op-ed for TIME, pointing a finger at the exploitative bail-bond industry and its predatory lending.

"If you're from neighborhoods like the Brooklyn one I grew up in, if you're unable to afford a private attorney, then you can be disappeared into our jail system simply because you can't afford bail," Carter wrote. "Millions of people are separated from their families for months at a time — not because they are convicted of committing a crime, but because they are accused of committing a crime."

Carter was recently exposed to the injustices of the bail-bond system while producing a documentary series about Khalif Browder, a young black man from New York City who killed himself after three years at Rikers Island. Browder was wrongfully accused of stealing a backpack, but languished in jail because his family couldn't afford a $3,000 bail, spending two of those years in solitary confinement.

Browder's story is tragic but hardly unique. Over 450,000 people on any given day are in jail in America simply because they can't afford to pay their way through hefty bail amounts, and bail is just one of many escalating costs that defendants are paying to support the prison system.

Because of Carter, many won't be separated from their families because they don't have enough money. Carter hasn't said how many dads he'll bail out, but the organizations that bailed out mothers in May raised $500,000 and worked across 18 cities.

Carter has his own new reasons to be thankful this Father's Day — his wife Beyoncé Knowles Carter just gave birth to twins.