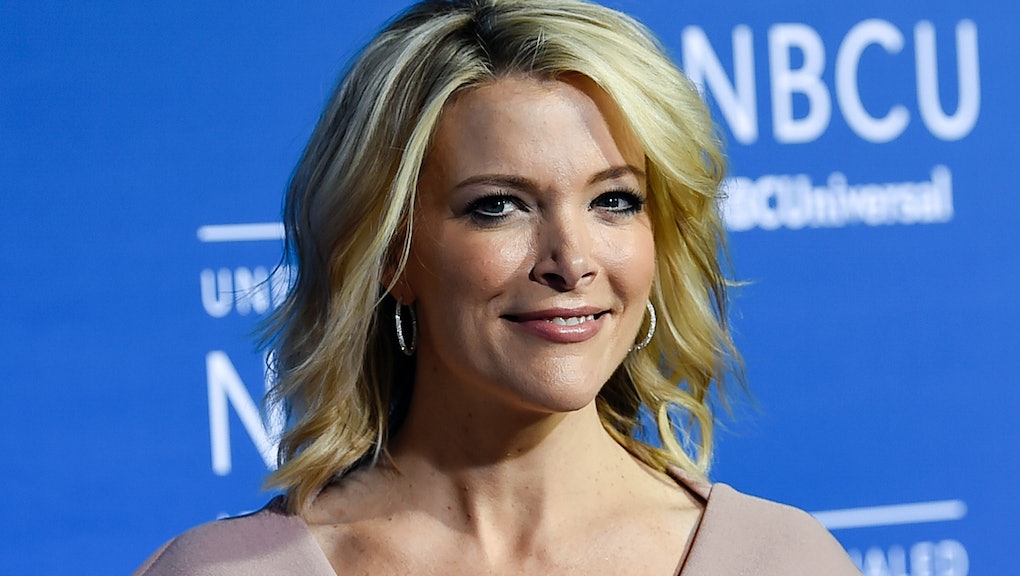 Megyn Kelly gets tough on Alex Jones in interview

In a highly anticipated interview on Sunday, NBC News show host Megyn Kelly forced controversial conspiracy theorist Alex Jones to defend himself, prompting some praise and sighs of relief after a week during which Kelly was heavily criticized for interviewing Jones at all.

"Some thought we shouldn’t broadcast this interview, because his baseless allegations aren’t just offensive, they’re dangerous," Kelly said in her introduction to the segment, during which she explained that Jones’ influence on the president was a major reason that she and the network focused on him and his site InfoWars. "But here’s the thing. Alex Jones isn’t going away."

The segment, in which Kelly described Jones as a "radical conspiracy theorist" and said his views are "toxic paranoia," earned praise.

It will likely be considered by NBC News as a victory for Kelly’s program, Sunday Night With Megyn Kelly. The network had faced a week of controversy after releasing a promotional video of the interview. Many said NBC News and Kelly should not give airtime to someone like Jones.

Much of that criticism came from the family members of children killed in a 2012 school shooting in Newtown, Connecticut, that left 26 people dead. Jones has theorized that those deaths were a hoax and that those parents are actors.

In the days leading up to the interview, Kelly was dropped as a cohost of a gala benefiting the Sandy Hook Promise, a nonprofit founded by the families affected by the Newtown shooting, and NBC News faced legal threats if it decided to air the interview. Some companies pulled their advertisements from NBC in the wake of the controversy, and an NBC affiliate said it would not air the program.

On Sunday, Kelly pushed Jones to defend himself on what she described as a "notorious lie" about the shooting. Jones, in response, said that he was playing “devil’s advocate” when he denied that the mass shooting occurred, and that he "didn’t create that story."

"It’s disrespectful to me," Heslin said of Jones’ conspiracy. "I did lose my son and 26 other families lost somebody. I take that very personal[ly]."

Heslin added that Jones was "blessed to have his children to spend the day with" on Father’s Day.

Kelly also pressed Jones on other conspiracies — one involving the yogurt company Chobani, for which Jones was sued and was forced to retract his story, and another involving a Washington, D.C., pizzeria (which Jones also retracted). The conspiracy involving the pizzeria — known as "PizzaGate" — prompted a man to open fire on the building in December.

In a particularly contentious exchange, Kelly tried to get Jones to apologize for being wrong. Jones repeatedly pushed back, saying that his apology was part of "a PR event," and that his InfoWars website was "reporting other people’s reports that were not entirely accurate."

The interview aired days after Jones released audio recordings of preinterview conversations between himself and Kelly, in which Kelly told Jones that the interview would not be some "gotcha hit piece."

Page Six reported Thursday that the original interview had been almost entirely overhauled to be tougher on Jones and pay more attention to the pain Jones caused among Newtown families.

It’s unclear how much of the segment had been changed or whether there were questions more friendly to Jones that were cut. HuffPost reported Saturday that Kelly had, in an earlier interview with Russian President Vladimir Putin, asked softball questions that did not make it into the final piece.

Jones, who livestreamed video of his response to the interview segment, has suggested that he may release the entire audio of the interview.