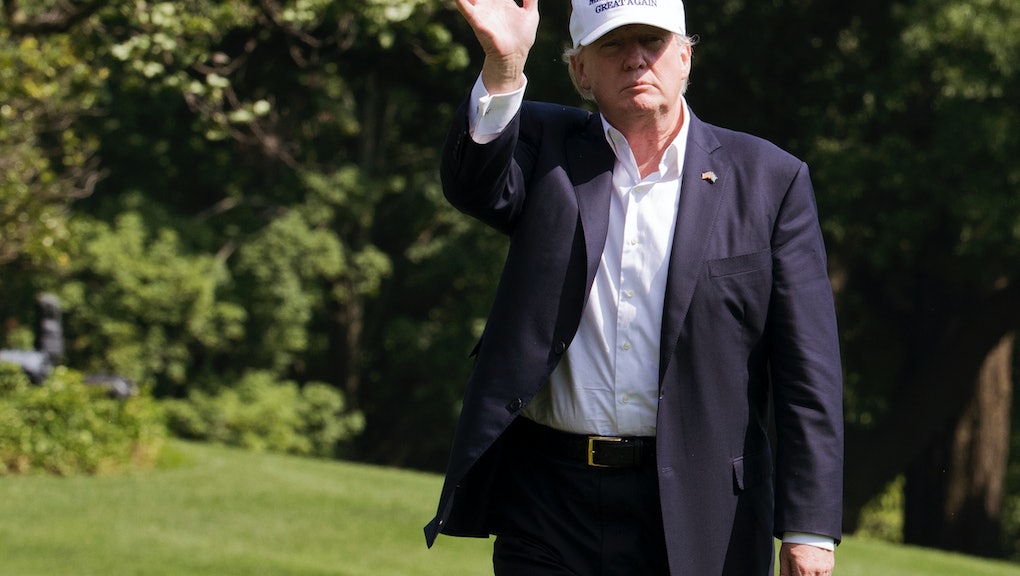 After London mosque attack, Donald Trump tweeted a plug for his lawyer's appearance on Fox News

On Monday morning, hours after a deadly attack near a Finsbury Park mosque in north London left one dead and eight more injured, United States President Donald Trump took to Twitter to urge his followers to watch an appearance from his lawyer, Jay Sekulow, on Fox News.

Though Trump immediately deleted that tweet, he followed it up with a second tweet criticizing the Democratic party, rallying his followers to vote for congressional hopeful Karen Handel in the special election for Georgia's 6th congressional district.

His silence on the deadly attack continues what some have argued to be a pattern of non-response to attacks without a seemingly pat narrative of Islamist terrorists attacking civilians. An analysis from the Washington Post presented a clear timeline of what Trump was tweeting about when multiple people were injured or killed in an attack, but stopped short of ascribing motive to why the president tweets about some things but not others.

In the immediate aftermath of the London Bridge attack on June 3, Trump used the deadly incident — which resulted in the deaths of eight people — to tweet advocating for his travel ban on people from six Muslim-majority countries.

Two days before the London Bridge attack, Trump opened a press conference about his decision to withdraw from the Paris accord with a clear-throated condemnation of what he then believed to be a terrorist attack at a casino in the Philippines. According to the Daily Beast, no officials at that point had publicly labeled the attack terrorism. The attack was later revealed to be a robbery, not religious extremist terrorism.

As of press time, the president has yet to issue a statement on the attack. However, Ivanka Trump, the president's daughter and adviser to the president, urged her Twitter followers to "stand united against hatred and terrorism in all its ugly forms."