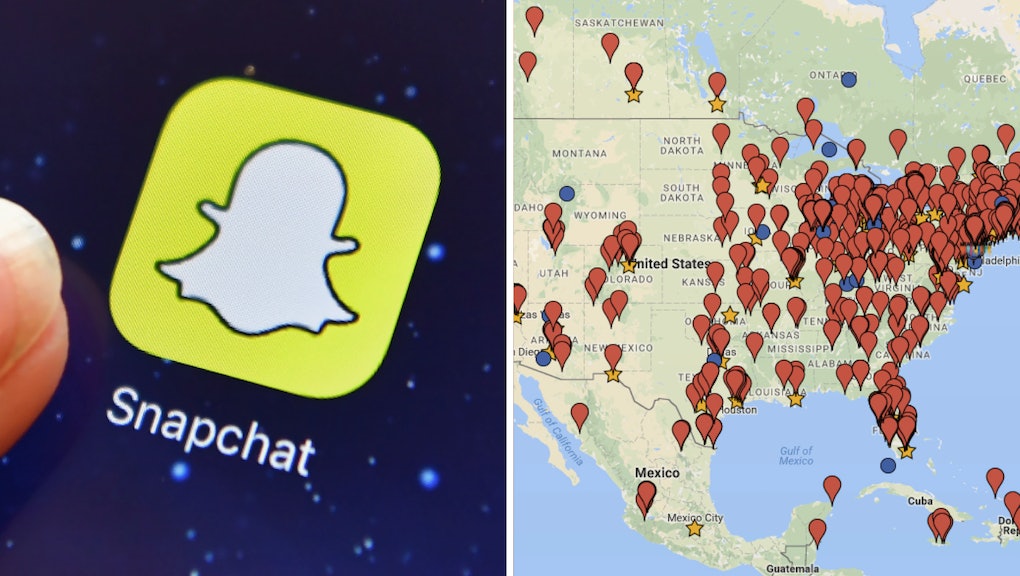 Snapchat Maps: How to find every geofilter in the world using this crowdsourced Google tool

There is a cool little Google Map that is crowdsourcing all the regions around the world with Snapchat Geofilters. It’s not associated by Snapchat and is far from an official list, but it has organized the availability of filters across the globe.

A red tag is located in every location where there is a Snapchat filter. When there’s a yellow star, it signifies there are multiple filters for the same area and a circle means the filter has a larger coverage area, like a county. A green tag is for a specific location like an eatery or retailer.

Unfortunately, the map doesn’t show the actual filter but it’s a good way to gauge which regions do and don’t have filters. For instance, based on the preliminary data, the United States and Europe have more filters than other countries and continents in the world. Though, it should be noted that since the map is crowdsourced, it could be that other parts of the world aren't submitting their geofilters.

Snapchat first introduced geofilters in July 2014 after playing around with filters for select locations in Los Angeles and New York. At first, the social media platform designed its own geofilters but it later opened it up for users to submit their own creations.