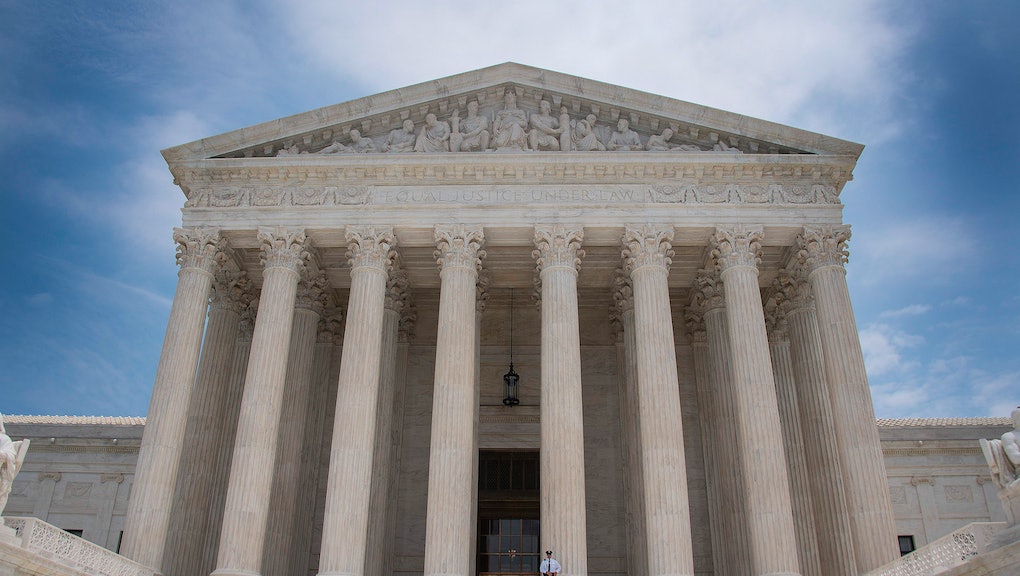 The Supreme Court of the United States decided in the case of Matal v. Tam Monday to strike down a key provision of the Lanham Act barring the United States Patent and Trademark Office from recognizing a disparaging trademark, citing concerns that the act violated the First Amendment. It is widely believed that the court's decision to strike down the ban will provide the Washington Redskins with a crucial boon in their struggle to keep the team's name.

"[The provision of the Lanham Act in question] offends a bedrock First Amendment principle: Speech may not be banned on the ground that it expresses ideas that offend," Justice Samuel Alito wrote in his opinion.

The Government has an interest in preventing speech expressing ideas that offend. And, as we have explained, that idea strikes at the heart of the First Amendment. Speech that demeans on the basis of race, ethnicity, gender, religion, age, disability or any other similar ground is hateful; but the proudest boast of our free speech jurisprudence is that we protect the freedom to express 'the thought that we hate.'

How did this case make it to the Supreme Court?

In 2011, the patent office cited the Lanham Act, a 71-year-old federal statue on trademarks signed into law by President Harry Truman, as the high court's reason for rejecting a rock band's application to trademark its name.

That rock band's name is the Slants — and its founder and bassist, an Asian-American named Simon Tam, argued that the band's name wasn't aimed at offending Asians in America. As Justice Alito noted in the court's opinion on the case, Tam maintained that naming the band after a slur was an attempt from a member of a marginalized community to reclaim a derogatory phrase used to oppress and strip it of its power.

When the trademark office denied the Slants' application, Tam took his complaint against Joseph Matal, interim director of the government office, to federal court, which ruled in favor of Tam and his band. The Supreme Court decision affirms that ruling.

"After an excruciating legal battle that has spanned nearly eight years, we're beyond humbled and thrilled to have won this case at the Supreme Court," Tam wrote Monday. "This journey has always been much bigger than our band: it’s been about the rights of all marginalized communities to determine what’s best for ourselves."

Touchdown for the Redskins

In 2014, following a vehement campaign to pressure the NFL and Washington Redskins owner Dan Snyder to change the team's name over the concern that it offended many Native Americans, the trademark office canceled the Redskins' trademark, citing the same clause in the Lanham Act as it did with the Slants' application in 2011.

Snyder's legal team filed an appeal with a federal court in Richmond. That court was waiting for the Supreme Court to rule on Matal v. Tam before it made its decision.

Though this is not an automatic victory for the Redskins' case, Lisa Blatt, the team's attorney, expressed her delight over the high court's decision to affirm the lower court's ruling in Matal v. Tam and gut the ban on potentially disparaging trademarks.

"The Supreme Court vindicated the team's position that the First Amendment blocks the government from denying or cancelling a trademark registration based on the government’s opinion," Blatt told the Associated Press.

"I am THRILLED," Snyder told the AP. "Hail to the Redskins."

In an email, Tam rejected the notion that upholding the gutted provision of the Lanham Act would hamper the Redskins’ efforts to keep their name.