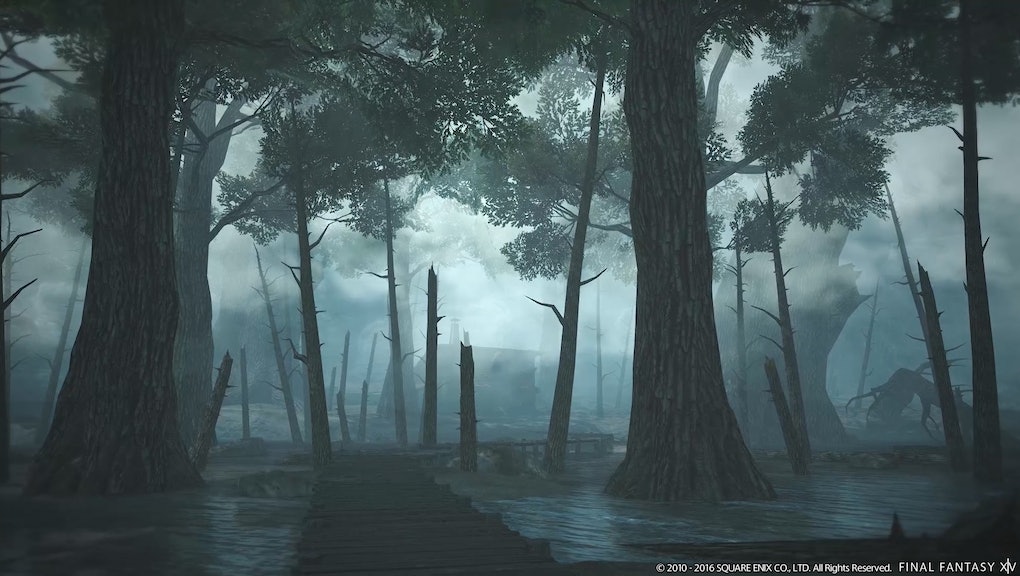 'Final Fantasy 14 Stormblood' Dark Knight: What to expect for the job class in the new expansion

As is customary with big MMO content updates, Final Fantasy XIV jobs are getting new abilities and enhancements with the new "Stormblood" expansion. The Dark Knight job is no exception, with a whole new UI element being added to better facilitate its blood-based tanking prowess.

Who loves managing meters? If you raised your hand, you'll be happy with the new Dark Knight abilities in "Stormblood." The bloodthirsty tank job got a brand new bar, called the Blood Gauge, which you'll have to fill up and drain during combat in the expansion's new zones.

Graehl Gaming has a handy video guide to the new abilities here:

The official Final Fantasy XIV site also lays out how each new ability works here. A symbol next to the Blood Gauge will glow to let you know that Grit defensive stance is in effect. The Blood Gauge itself will display how much Blackblood you've generated from performing abilities, with high-level abilities like Delirium and Bloodspiller (a fantastic name) being examples of high-level techniques that use the gauge.

This is just another way to differentiate the Dark Knight from other tank classes in Final Fantasy XIV. If that job is your main, be prepared to manage that meter a whole lot.