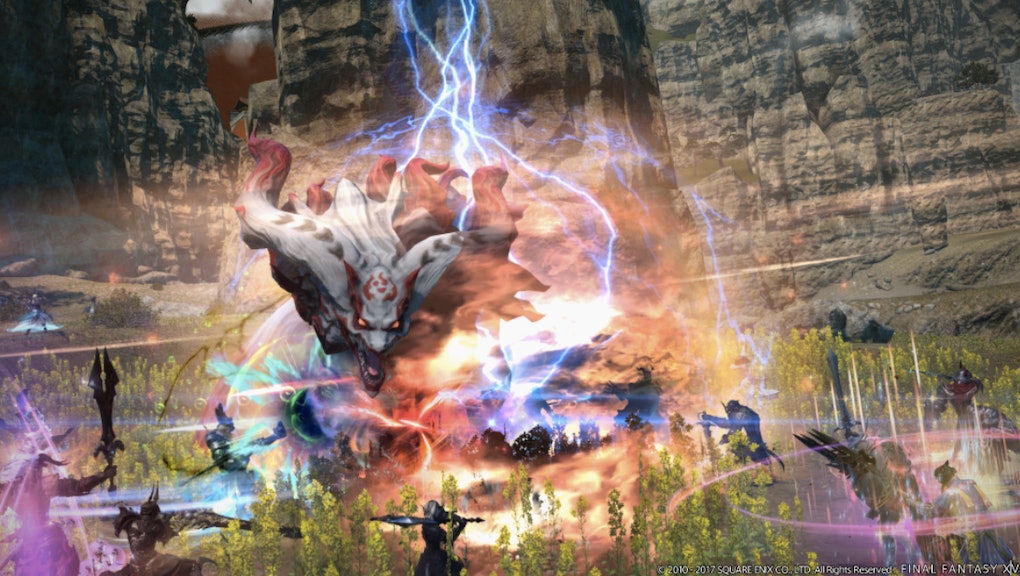 Final Fantasy XIV Stormblood is still officially in early access, but plenty of players are already enjoying the new expansion — or, at least, they're trying to. Stormblood adds new dungeons, raids and zones, along with a whole lot more. It's a lot to take in, but we're here to help.

In this guide, you'll find information on how to unlock one of the first dungeons in Final Fantasy XIV Stormblood, our beginner's guide, a running list of all the changes to jobs in the game and more. In this post you will find links to our best Stormblood guides, along with a blurb from each article and a link to the full text.

On Tuesday Square Enix officially released Stormblood, the latest installment into the beloved Final Fantasy XIV franchise. While Mic's comprehensive review of the game is pending, here are six quick observations on the magnificent first act of the Ala Mhigan uprising against Garlean rule.

Final Fantasy XIV Stormblood beginner's guide: How to get started

In Final Fantasy XIV Stormblood, the learning curve is even steeper than those of its rivals, creating the potential for would-be players to become overwhelmingly frustrated before they make it out of their free month of the game.

Here are four tips I wish someone told me when I first started the game that would've made things so much more fun from the jump.

Mic's Final Fantasy XIV Stormblood job guide will get you started with everything you need to know to hit the ground running. We've culled our stats from the official job detail notes, which dropped late on Thursday night. We've also had a few hours to play the game on Friday, and we'll be bolstering that analysis with some initial reactions to the state of things — although, like you, we haven't been able to get past an early glitch keeping players from continuing with the Main Scenario Quest.

Here are a few key takeaways for the jobs and roles we've tried out in the 4.0 patch. This guide is in progress and will be updated as Mic gets to try out each role over the next few days.

Final Fantasy XIV Stormblood dungeons: How to unlock Shisui of the Violet Tides

In Final Fantasy XIV, you have to do quests to unlock access to dungeons. That hasn't changed in the new Stormblood expansion pack. These quests are often tied to the main story, but Shisui of the Violet Tides isn't. Here's how to unlock it.

Final Fantasy XIV Stormblood housing guide: How and where to buy a house

Final Fantasy XIV has a crazy deep in-game housing system where you can buy up plots of land and build your own home. However, just like in real life, it's exorbitantly expensive to own land in Final Fantasy XIV. The new Stormblood expansion adds a new area to build homes in, but how much will it cost?

Check out the latest from Mic, like this essay about the sinister, subtle evils lurking in rural America that Far Cry 5 shouldn't ignore. Also, be sure to read our review of Tekken 7, an article about D.Va's influence on one Overwatchplayer's ideas about femininity and an analysis of gaming's racist habit of darkening villains' skin tones.