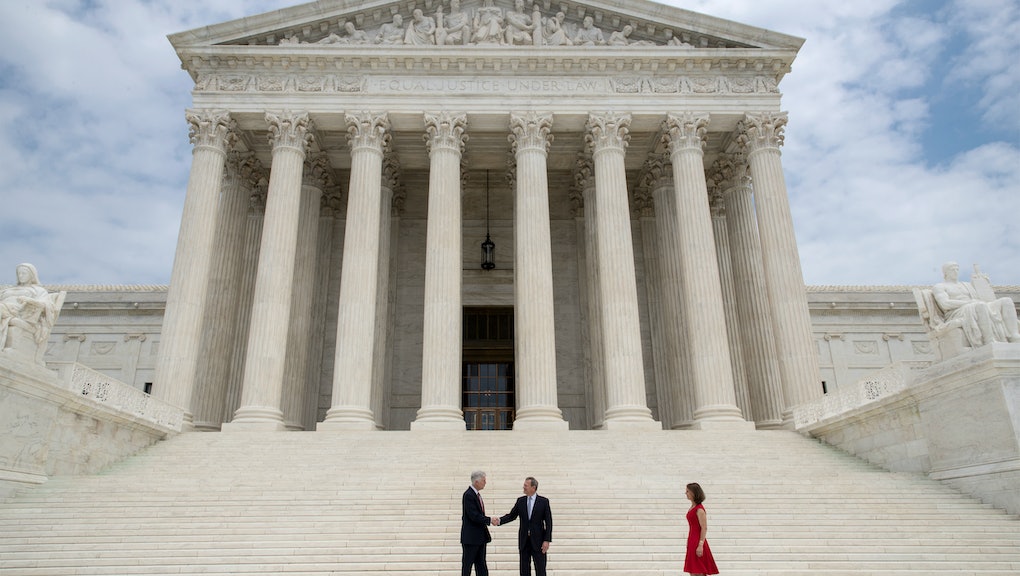 What is gerrymandering? Supreme court set to hear case on partisan electoral politics

While the Supreme Court has previously weighed in on gerrymandering when it comes to race, it has not yet voiced its opinion on whether gerrymandering by political party is legal. That is about to change.

On Monday, the court announced that it would judge whether partisan gerrymandering, the act of redrawing the electoral map to favor one political party over the other, is constitutionally sound, the New York Times reported.

Gerrymandering is a term almost as old as American democracy. In 1812, Massachusetts Governor Elbridge Gerry signed a law creating a voting district shaped like a salamander that heavily favored his party, the Democratic-Republicans. While the term is named for Gerry, redrawing districts was not his invention. According to Time, prior to Gerry, Patrick Henry had drawn a district meant to keep James Madison out of power in 1789.

At the heart of the upcoming Supreme Court case is Wisconsin's Act 43, the state law that redrew the electoral district map in 2011. In November, a panel of three federal judges struck down Act 43. According to Judge Kenneth F. Ripple, in his majority opinion, the act made it more difficult for Democrats to "translate their votes into seats."

The ruling determined that Act 43 violated both the First Amendment and the 14th Amendment's Equal Protection clause, because Democratic voters had the right to be adequately represented.

Efforts to undo partisan and racial gerrymandering have come from both sides of the aisle. Both former Republican California Governor Arnold Schwarzenegger and former President Barack Obama have put forth plans to curb the practice's influence on voter representation.

Partisan gerrymandering was speculated to be the culprit behind Republicans winning a majority in the House of Representatives in 2012, despite not earning as many votes nationwide as Democrats.

Wisconsin is not the only state that has faced redistricting woes. In December, the Electoral Integrity Project asserted that North Carolina could "no longer be classified as a full democracy." In the case of integrity of electoral voting districts, the state scored a paltry seven out of 100, making it among the worst districts in the world. Prior to this report, North Carolina legislators redrew the map to pack black and Latino voters into one oddly shaped district, Salon reported.