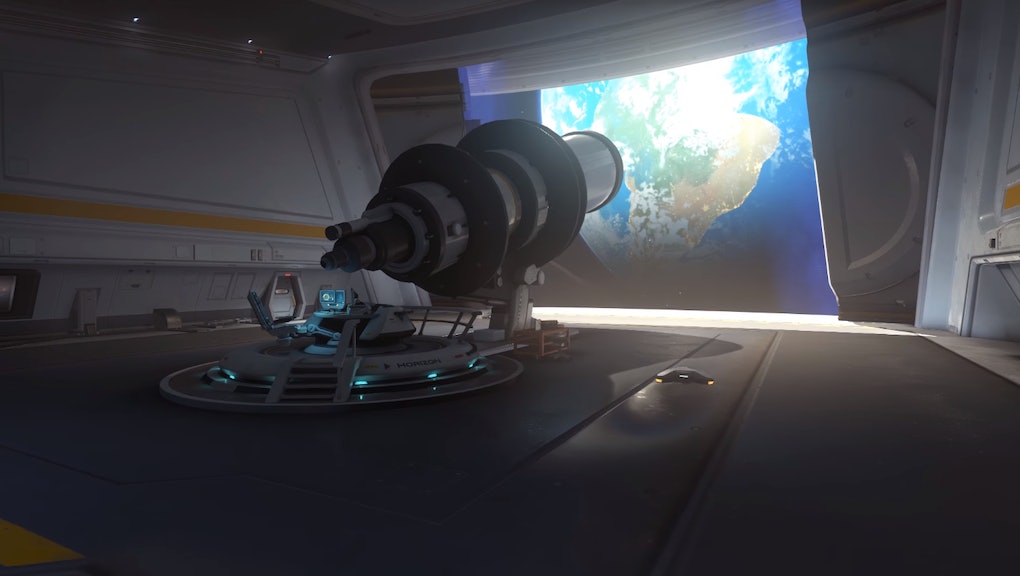 Overwatch is great and all, but it's high time for the heroes and villains of Blizzard's competitive shooter/fanfic generator to leave boring old Earth behind. Thanks to patch 1.12, which is dropping on Tuesday, according to PVP Live, we'll all be able to do that.

The full patch notes from the Public Test Realm will presumably apply to today's update, which hasn't been officially written about on Blizzard's site yet. The biggest addition, of course, is the Horizon Lunar Colony assault map. The moon base that Winston once called home also brings gravity options for both players and projectiles in custom games, which should be fun for everyone.

1.12 will also bring the much-maligned Roadhog nerf that reduces his gun damage but increases his fire rate. As a Zenyatta main, I'm all for it. It means getting hooked isn't an immediate death sentence anymore for squishier heroes.

Another major hero change is the adjustment to Reaper. Ever since launch, killing an enemy with Reaper would drop an orb that would heal him as a reward for getting a kill. That concept has been completely dropped, with 20% of all damage being converted to health now instead. That means you can now heal up some without getting a kill streak. You can enjoy all this and more when patch 1.12 hits your console.