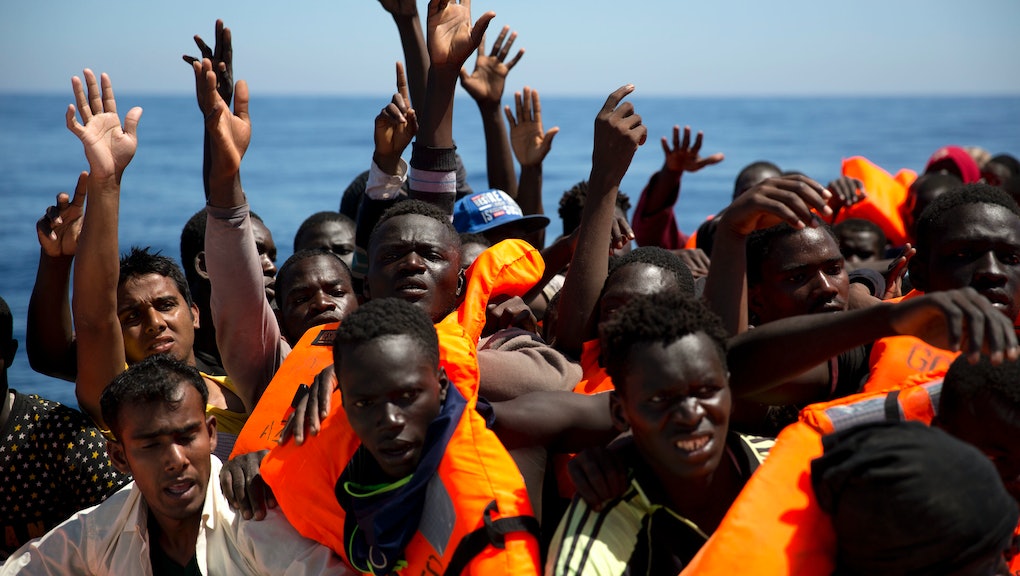 World Refugee Day: The migrant crisis, by the numbers

World Refugee Day is internationally observed each year on June 20.

On this day, refugee advocates spotlight the strength and perseverance of the people around the globe who've been forced to flee their homes due to war, poverty and oppression.

Below is a brief snapshot of the global migrant crisis, understood through some key statistics.

Number of refugees worldwide. More than half of them come from Syria, Afghanistan and Somalia.

Number of refugees and internally displaced people globally. This includes refugees, who seek asylum in other countries, as well as those who have fled their homes but stay within their own nations.

Nearly 1% of people around the world who are displaced from their homes. This number fluctuates depending on the area, with one in 20 people in the Middle East and one in 60 in continental Africa facing displacement.

Number of refugees who resettled in new countries in 2016. According to the United Nations Refugee Agency, the United States takes in the largest number of migrants each year, followed by Canada, Australia and the Nordic countries.

Number of refugees the United States took in during the last fiscal year, ending in September 2016. This was the largest number of refugees admitted into the U.S. in one year throughout Barack Obama's presidency. An additional 31,143 migrants were accepted from Oct. 1, 2016 to Jan. 24.

President Donald Trump's proposed budget for the 2018 fiscal year slashes spending on migration and refugee assistance by 18%. The International Rescue Committee estimates that these cuts could increase the number of people affected by the global famine from 30 million to 60 million, and strip access to education from more than 2 million girls.

Number of people who are forced to leave their homes every day to escape conflict, war and persecution. This translates to 20 people every minute.

Number of unaccompanied minors who sought asylum in Europe from 2008 to 2015.

Number of refugees who died in 2016 while crossing the Mediterranean Sea in an effort to reach Europe. Most passed away while fleeing North Africa.

If all of the displaced migrants formed a country, they’d make up the 21st largest nation in the world.