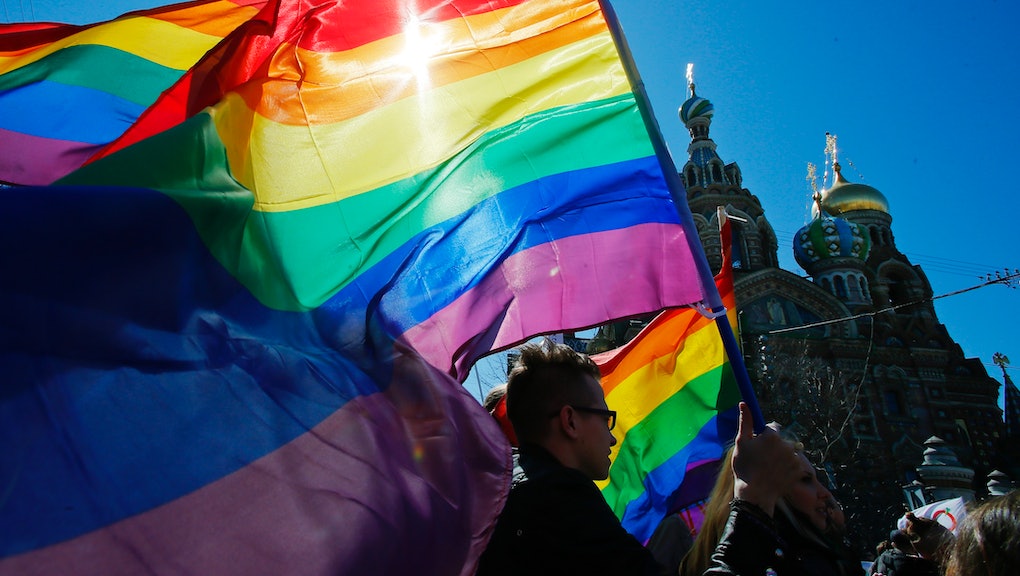 One of Russia's most infamous anti-LGBTQ laws has sustained a significant blow.

The European Court of Human Rights has ruled that Russia's infamous gay propaganda law — which bans any materials promoting homosexuality to minors, and has been used to stifle gay pride marches and arrest members of the LGBTQ community — violates European treaty rules, Reuters reported. The court ruled that the law violates people's freedom of expression and discriminates against LGBTQ Russians.

Though the law aimed to protect minors, the court said in a statement that "the limits of those laws had not been clearly defined and their application had been arbitrary," Reuters reports.

"Indeed, by adopting such laws, the authorities had reinforced stigma and prejudice and encouraged homophobia, which was incompatible with the values of a democratic society," the statement continued.

The case was originally brought to the court by three Russian gay rights activists who were fined for banners advocating for LGBTQ acceptance. The court has ordered Russia to pay the trio thousands euros in damages.

In a statement to Reuters, Nikolai Alekseyev, one of the activists, called the ruling a "historic victory."

"The way this law has been applied shows that it is not aimed at protecting minors, but at removing LGBT people, an enormous social group, from the public space, and at stripping them of their right to speak out or fight for their rights," he said.

The Russian Justice Ministry said in a statement to Reuters that it plans to appeal the ruling.

This is not the first time the court has found Russia to be in violation of the European Convention on Human Rights. Last year, all but six of 228 judgments pertaining to Russia found the former Soviet state violated the treaty.