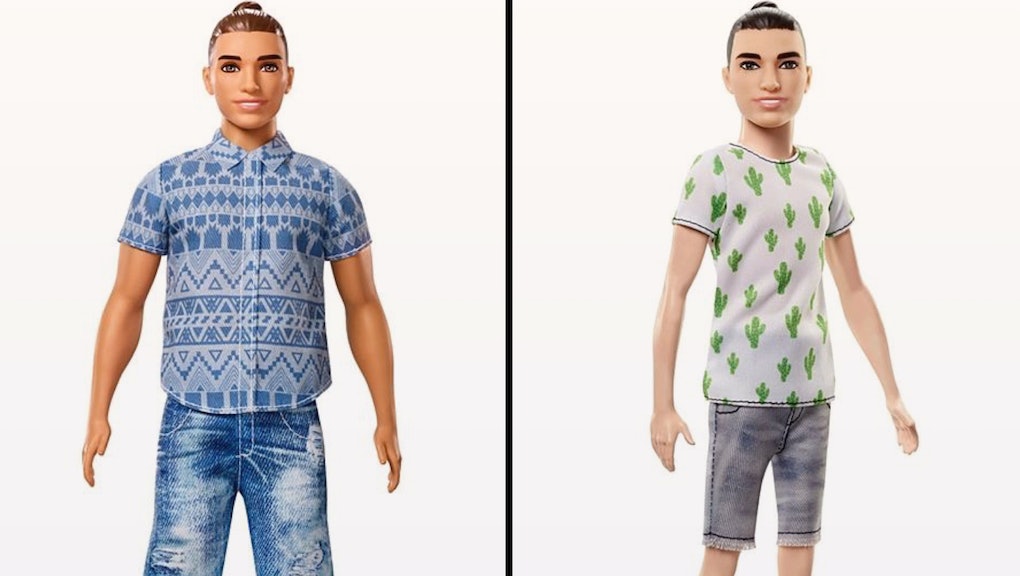 Mattel wanted to create a more diverse Ken doll. But for Twitter, Ken's man bun was a step too far.

Man buns are to the 2010s as mullets were to the 1980s: a hairstyle that invokes such emotion, such outrage and such vitriol that it's a wonder anyone even tries to wear one anymore. But they do! Oh, they do.

And now the divisive hairstyle is coming to one of the most iconic men on Earth: Ken.

You know, Ken the doll.

With Ken's new body-positive makeover, which was revealed on Tuesday and added two new body types for Ken, comes Ken with a man bun. You could call him Man Bun Ken if you'd like; we're sure he wouldn't mind.

While Ken's overall makeover has already earned praise, Man Bun Ken was perhaps a step too far for many on Twitter.

Just like the hairstyle itself, Man Bun Ken has incited many emotions from people online, mostly ranging from outrage to vitriol.

To a majority of Twitter users, though, it's simply laughable:

To some, he more specifically resembles a defeated Bernie bro:

Or a Tinder aficionado:

To others, he's a sure sign of the apocalypse:

Cynics aside, though, Man Bun Ken does have his supporters, as well:

He hasn't hurt anyone, after all. He's just living his life, man bun and all.

Given that this makeover of Kens is all about inclusivity, and making sure that more people can see themselves and relate to the dolls, a Ken with a man bun really isn't such a rotten idea idea. Men — and boys, too — have this hairstyle, so why shouldn't they too be able to relate to a doll that looks like them?

At least he's not in a RompHim.