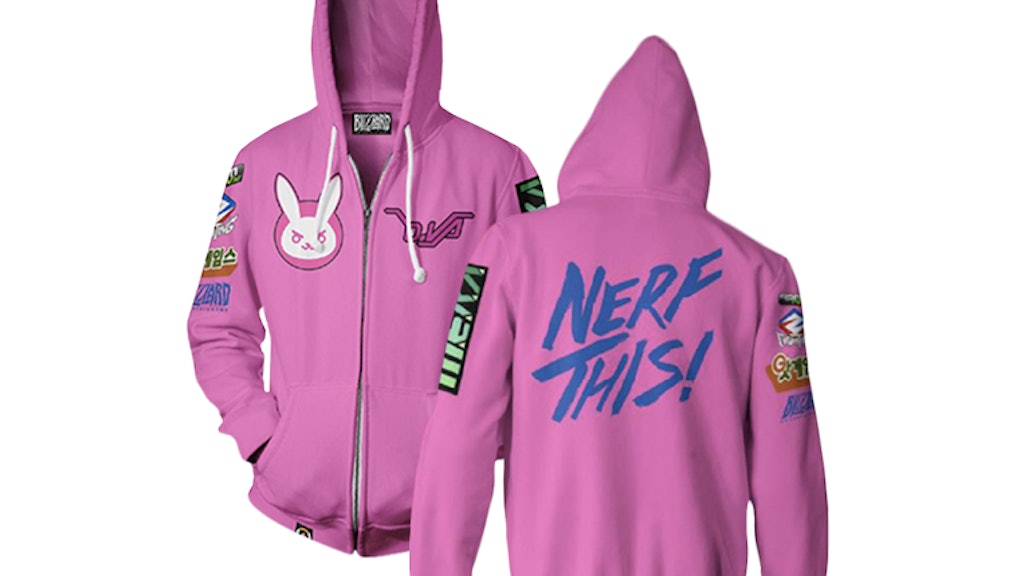 'Overwatch' Jinx Hoodies: How and when you can wear your favorite 'Overwatch' character's insignia

Overwatch has this ability to bring out the mega fan in anyone who plays the game on the regular. Between the collectibles and the official Blizzard merch, an Overwatch fan could be pretty satisfied by the options currently available. But as we look forward to the fall (and the inevitability of dropping temperatures), there's one thing that's missing from almost every Overwatch fan's wardrobe.

Blizzard and Jinx have teamed up to give the stylish Overwatch fans, like yours truly, a chance to wear our favorite character's insignia proudly emblazoned on a snuggly sweatshirt.

Overwatch Jinx Hoodies: Preorders open on June 27, but most don't ship until September

According to Jinx's website, preorders for the Overwatch "Ultimate Hoodie" open on June 27, but the only one that's shipping in August is D.Va's. The rest of the collection starts shipping in September. Following D.Va is Lucio, Genji, Roadhog, Zarya, Reinhardt and Widowmaker.

Check out the preview of each of the hoodies and get ready to open up that wallet on June 27.