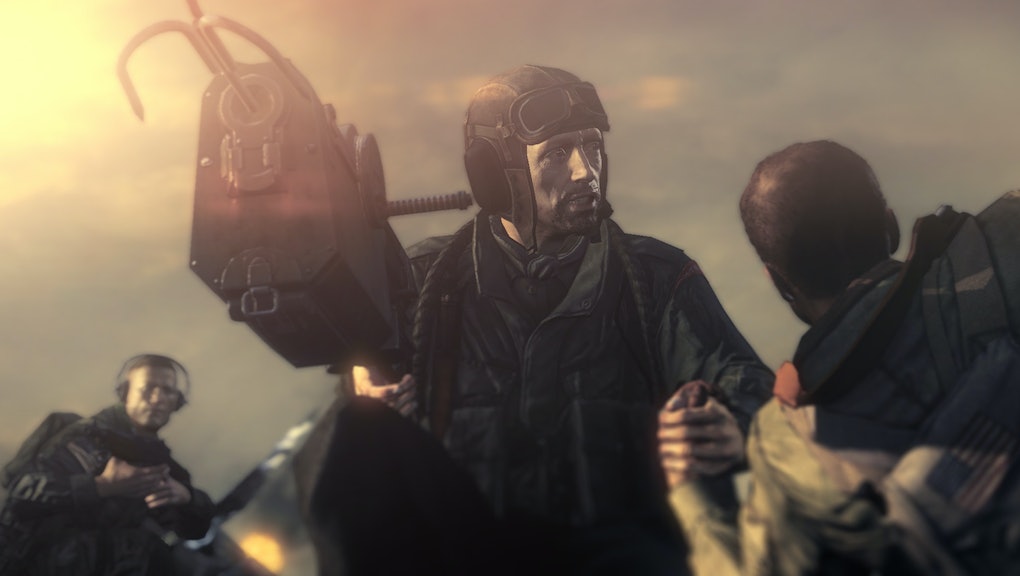 ‘Wolfenstein: New Order’ Choice: Wyatt or Fergus? Who should you save at the beginning of the game

If you saw the fantastic E3 announcement of Wolfenstein II, you'd be forgiven for wanting to go back and play The New Order to catch up. If you hadn't gotten around to it, it's only $19.99 on PS4 right now.

You're faced with an important choice in the first chapter of the game — one that shapes the rest of the Nazi-shredding journey in subtle and profound ways. What are the consequences of that choice?

At the end of the game's prologue, the villainous Deathshead makes you choose which of your two comrades to sacrifice for his disgusting experiments. You will have to sacrifice either the cool Scotsman Fergus or the rookie American soldier Wyatt. Put simply, your choice here dictates what kinds of upgrades you can get throughout the rest of the game, as well as which friends you can make along the way.

If you sacrifice Wyatt, you'll get the ability to hotwire certain panels throughout the game and unlock health upgrades. These upgrades will add to the amount of health that each health pickup gives you, which is obviously useful. In addition, you'll get a mathematician friend named Tekla (a nod to Nikola Tesla) as a fellow resistance fighter later in the story.

That's all fine and good, but I'm going to tell you right now to sacrifice Fergus instead. He may be way cooler than Wyatt, but hear me out. Wyatt gives you the ability to pick locks and unlock armor upgrades, which do the same thing as the health upgrades, but for armor. However, the real reason to side with Wyatt is that instead of Tekla, you get a speechless guitarist named J who hangs out in your resistance base between missions. J is actually an alternate history version of Jimi Hendrix and gets perhaps the best moment in the entire game near the end.

It's sad that Fergus has to die, but it's war. People die. Getting to hang out with the Wolfenstein equivalent of Jimi Hendrix is worth it.

Check out more of our coverage from the Bethesda BE3 conference, including a look at what’s coming for Elder Scrolls Legends and Dishonored 2. We’ve even got a look at the new VR experiences for Doom and Fallout 4. But if you really want to be blown away, make sure you check out The Evil Within 2 and Wolfenstein 2: The New Colossus.