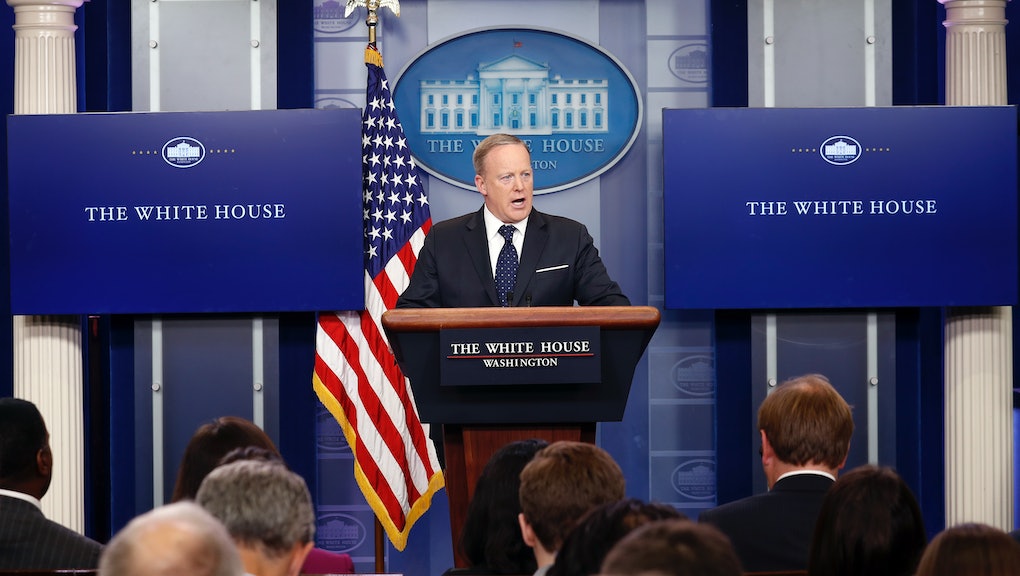 In the first on-camera White House press briefing in over a week press secretary Sean Spicer responded to a question about Russian hacking in the 2016 election with an eyebrow-raising claim.

Reporter Trey Yingst of the conservative-leaning One America News Network asked Spicer point-blank if the president believes that the Russian government interfered in the 2016 elections. In response, Spicer claimed that in the five months since Trump took office, they have never discussed the matter.

"I have not sat down and talked to him about that specific thing," Spicer said. "Obviously we've been dealing with a lot of other issues today."

When pressed further on the issue, Spicer doubled down on his claim that he has not "sat down and asked" the president about the Russian hacking.

Sixteen U.S. intelligence agencies and the head of Homeland Security have all concluded that the Russian government was behind the hacking of the DNC and Hillary Clinton's campaign chair during the 2016 election.

In testimony before Congress earlier this month, former FBI Director James Comey testified that there was no doubt in his mind that Russia was behind the hacking.

Publicly, Trump has been all over the place on the issue of Russian hacking, implying at various times both that he believed Russians were behind the hacking and that he wasn't sure.

Trump’s handling of the Russia probe has greatly affected his support among his base. A recent CBS poll showed that only 57% of Republican voters approve of the president’s job rating with regard to the investigation.