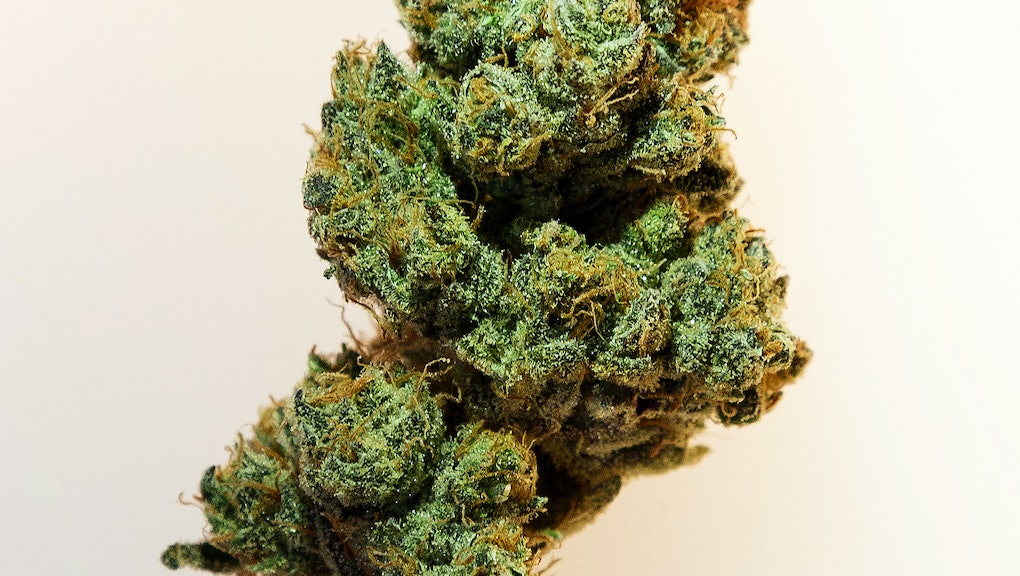 How much marijuana do you need to relax? Science may finally have figured it out.

For those who like to unwind with a little weed at the end of a long day, it seems that less is more. And more could be way, way too much.

When you ask cannabis users what the drug does for them, "relaxation" is the most common answer. A Yahoo News-Marist survey published in the Washington Post found 37% of participants cited this benefit, compared to just 19% who turn to marijuana for pain relief, 16% who use it "to have fun" and 3% who report its effectiveness both as a sleep aid and a sexual booster.

With more U.S. adults consuming cannabis these days, the number of people who enjoy its stress-relieving qualities is certainly growing apace.

Yet as many who have tried marijuana are acutely aware, pot can also trigger anxiety or panic attacks depending on the person, dosage and situation — nothing chill about that. Meanwhile, the scientific evidence of relaxation in cannabis users is thin at best.

What's a cannabis enthusiast to do?

A new study should clear a few things up

Researchers at the University of Chicago and University of Illinois at Chicago set out to determine precisely how much THC (tetrahydrocannabinol, the psychoactive compound in weed that gets you high) is enough to put a person at ease — and the threshold at which THC actually begins to increase your overall level of stress.

To accomplish this, they had healthy volunteers participate in two experimental sessions under the influence of THC. One involved a "nonstressful task," but the other consisted of "psychosocial stress" in the form of the Trier Social Stress Test, known as the TSST.

According to the National Center for Biotechnology Information, this testing platform "induces stress by requiring participants to make an interview-style presentation, followed by a surprise mental arithmetic test, in front of an interview panel who do not provide feedback or encouragement."

Two and half hours before this nerve-wracking task began, the test subjects received capsules of varying THC content under double-blind conditions, meaning neither they nor the experimenters knew who was getting what.

During the TSST, the researchers "measured subjective mood and drug effects, vital signs and salivary cortisol before and at repeated times after the capsule and tasks." Before and afterward, the subjects were also asked to share their impressions of the test itself, in particular how it affected their mood.

Here's what they found

The results confirmed what cannabis enthusiasts have claimed for many years: THC does deliver "subjective stress-relieving effects" — in low doses, anyway.

Compared to those who took the placebo, the 7.5 mg group experienced less distress in the course of the TSST and were less likely to view it as "threatening and challenging." The stress they experienced also didn't last long.

Things didn't go so well for the 12.5 mg cohort, however, who reported "increased negative mood" before and throughout the test; they were also more disposed to find the task threatening and challenging, even before they had begun. Finally, they demonstrated impaired performance on the test itself.

So, with weed and relaxation, less is more. But how much less exactly?

What does this mean for people who use marijuana to take the edge off?

For starters, they can probably cut their consumption. With the positive anti-anxiety effects kicking in at just 7.5 mg, it's worth pointing out that smoking half of an "average joint" can mean the intake of 11 to 13 mg, while a full joint containing a gram of cannabis may deliver as much as 78 mg — over 10 times the "relaxing" dose. You might take this as an argument in favor of microdosing, the practice of limiting your doses to the bare minimum for the desired effect.

Of course, experienced stoners probably have a decent intuitive sense of their ideal dose. By High Times' math, "most smokers, dabbers or vapers inhale about 10 to 30 mg of THC every time they get high." Then there's the fact that ingesting THC alone is different from consuming marijuana, which contains other cannabinoids, including CBD (cannabidiol), a compound that may counteract the negative psychological effect of THC. And because the researchers administered THC orally, their conclusions may have more bearing on the world of cannabis edibles, which are processed differently by the body than inhaled smoke or vapor, accounting for a different range of effects.

All of which is to say that it can be tricky to extrapolate the 7.5 mg figure when calculating the pluses and minuses of your own consumption rate — especially given that the study had just 42 participants. Nevertheless, it's hard to argue that a modest dose looks better on the merits: While physical stress markers were essentially uniform across all the experimental groups, the low-dose subjects — without knowing how much THC they'd taken (if any) — rated themselves less nervous than the other participants on either side.

So maybe the next time you're settling down for a relaxing night with a bowl and Netflix, stop after a few puffs instead of torching the whole thing without a second thought. You might find it doesn't take as much to calm you as you thought or that your mood improves with a minimal amount.

And hey — it couldn't possibly hurt.