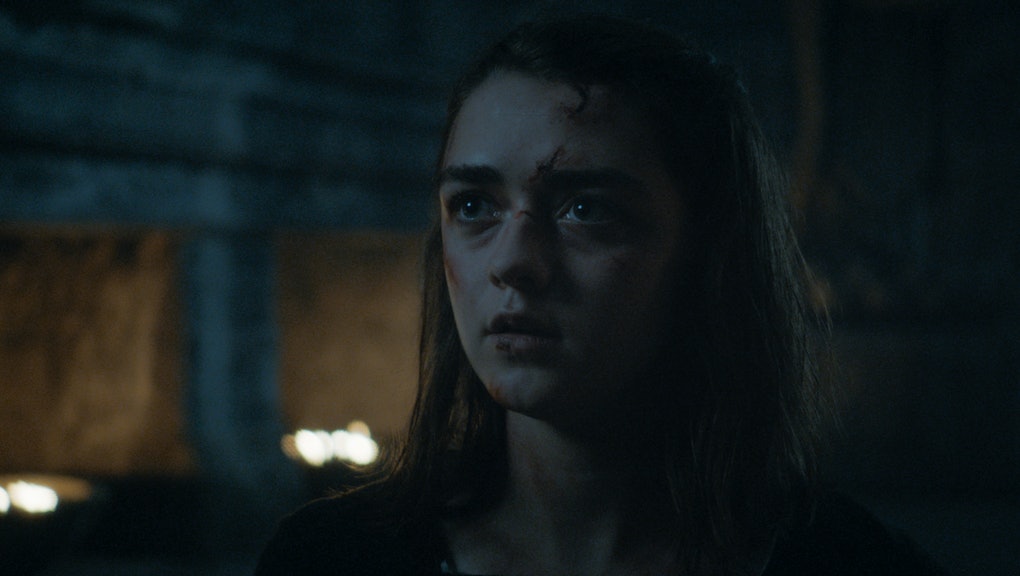 ‘Game of Thrones’: Arya Stark should be the next queen to sit on the Iron Throne

As the rubble of the Great Sept of Baelor still burned hot from the wildfire that consumed it, a scowling Cersei Lannister slithered her way through the Red Keep and ascended the steps to the Iron Throne. Halfway across the world, Daenerys Stormborn, the Mother of Dragons, relentlessly sailed towards Westeros with her many armies, determined to take the crown that rightfully belongs to her. But in the world of Game of Thrones there’s only one character who possesses the qualities of a perfect queen: Arya Stark.

More than a year has passed since the climactic close of season six, and with season seven just around the corner, a battle for the Iron Throne is all but inevitable. Compared to the other likely contenders for the Iron Throne — Cersei, who currently rules the Seven Kingdoms, and Daenerys, who sails across the poison water — Arya is by far the best choice for the people of Westeros. She has the fortitude to do what is necessary, the experience to do what is right and the wisdom to know the difference between the two. Plus, men have had their turn trying, and failing, to lead the realm out of darkness. Now it’s time for a woman to wear the crown.

Arya was never quite like the other royal girls who pined after the usual trappings of wealth — plush fur coats, fine linens and gaudy jewelry. She much preferred her sword, Needle, and training in the ancient Bravos art of water dancing. She wasn’t drawn to being a proper lady, to gowns or galas, maternity or marriage. Instead, this bull-headed young Stark yearned for adventure. But sometimes, having your dreams come true can be the most terrifying nightmare of all.

As most Game of Thrones fans know all too well, Arya's life was plunged into chaos after King Joffrey ordered the beheading of her father, Ned Stark, for questioning the legitimacy of the king's bloodline, and therefore his right to the throne. From that fateful moment onward, Arya has been plagued by loss and suffering. She's watched helplessly as her dearest friends have been murdered before her eyes, endured the threat of torture and death at the hands of the Tickler, been captured by the Hound, seen the aftermath of her family's massacre at the Red Wedding and even been stabbed by the Waif after betraying the Faceless Men.

Arya may be young, but her experiences, personality and worldview, along with her Stark name, make her the perfect choice for the next queen of Westeros.

One of the most important aspects of ruling is knowing the needs of the common people. For monarchs like Cersei, who spend the majority of their time holed up in their royal keeps, this is no easy task. There's no substitute for walking through the cobblestone streets beyond the castle walls, talking with the townsfolk and seeing their living conditions firsthand. Even Daenerys, who has a true love for her people, seems to struggle with this. When was the last time she met with her subjects on their own turf?

Arya, on the other hand, has in many ways become a commoner herself. She knows the struggle of life without handmaids, the hunger that exists outside the sprawling, royal dining halls, the financial hardship that comes without a bottomless, gold-filled purse. She's been a beggar, a thief, a captive, a murderer, a wanderer and most of all, a survivor.

A girl is going home

While Winterfell will always be Arya's true home, she has spent enough time in King's Landing for it to be considered her second home. This is important because unlike Daenerys, an overseas invader hoping to conquer a land she's never seen with her own eyes, Arya knows Westeros. She's familiar with how the courts work and has a limited understanding of the royal bureaucracy, but more importantly, the people would almost certainly welcome a native Stark over a foreign Targaryen.

Knowing the people you intend to rule is critical — just look at the chaos that ensued after Daenerys liberated Slaver’s Bay without implementing a new infrastructure. Daenerys didn’t understand the region’s longstanding traditions and culture, but Arya knows Westeros like the back of her hand.

Arya has shown time and again she has no qualms with murder. She's driven Needle through more than a handful of people, but not once has she killed impulsively. Based on the lives she's taken throughout the series, it seems as if Arya is operating under a pretty clear modus operandi: an eye for an eye. It was this same principle that prevented Arya from killing the actress in Bravos. She didn't know what the thespian had done, so she couldn't bring herself to poison her, even if it was one of the names given by the Many-Faced God.

A queen needs to be able to make the hard decisions, and sometimes that means sentencing criminals to death. But a queen also needs to know when a life should be spared. Arya has a grasp on both.

If Arya did claim the crown, it seems all but certain that her few remaining relatives would show their support. Jon Snow and Sansa Stark reclaimed Winterfell from Ramsay Bolton at the end of season six, and it looks as if they plan to rule the North, leaving the Iron Throne open for their little sister. Bran Stark would probably back Arya as well, but the new Three-Eyed Raven is likely too busy unraveling the mysteries of the universe to meddle in politics.

With her family behind her, Arya could easily take the Iron Throne for herself.

The best bet for Westeros

Arya is fierce yet kind, determined yet flexible. She has a thirst for justice, but also a well-calibrated moral compass. She’s clever, resilient and wise beyond her years. Sure, Cersei has the Mountain and Maester Qyburn on her side, and Daenerys has an army of Unsullied, but only Arya has the true makings of a queen worthy to sit on the Iron Throne.