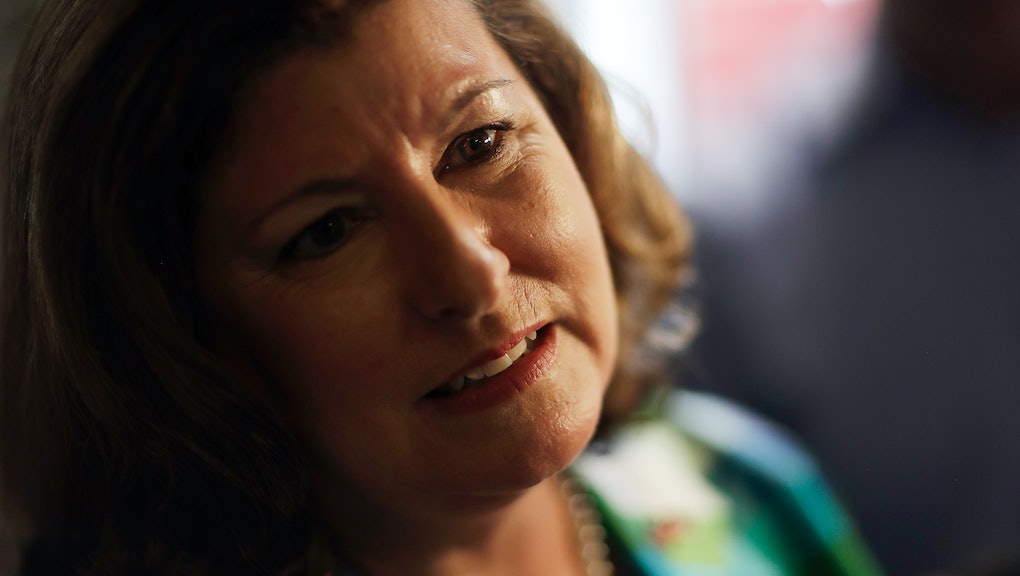 The New York Times projected Handel would win by roughly four points, a disappointing but not shocking result in a district which — beyond the a razor-thin race between President Donald Trump and Democrat Hillary Clinton in 2016 — has historically voted Republican by large margins for decades. Here's what you need to know.

It's a blow to Democrats — but hardly a mortal one

Expectations were high for Ossoff, who had consistently beat Handel in the polls since mid-May and seemed like he was on course to flip the safely red district. Tuesday night's loss marks the Democrats' third major special election in a row this year. What's worse, the loss came after the party poured a horde of treasure into the race, at least $23.6 million by Ossoff's latest FEC filing.

It's a major blow to the morale of the Democratic resistance to Republicans' nationwide sweep in the 2016 general elections, and in particular resistance to President Donald Trump, who endorsed Handel in the days leading up to the election.

But as FiveThirtyEight noted, special elections are hardly a reliable bellwether for future races like the 2018 midterms. It's possible the narrative that Democrats simply can't win will take hold, but recent history is rife with examples of supposedly predictive special elections that ended up resulting in the opposite.

What is clear is that Democrats need grassroots support to put up a fight in tight races. There are some encouraging signs here in that in two recent special elections in red states, Kansas and Montana, the Democratic candidates lost while still managing to outperform expectations. Ossoff ran a competitive race as well. As the Progressive Change Campaign Committee, a left-leaning group, said in an email, Democrats this year have been running platforms to the left of the Blue Dog Democrats of the past.

Republicans will walk away from this race having put down three successive Democratic attempts to steal safe red seats, which is sure to help wipe some sweat off the brows of moderate members of the party concerned Trump's plummeting approval ratings would tank their candidates.

Handel's victory is sure to reinforce the notion that everything is going swimmingly, despite glaring problems like the ongoing probe into Trump's Russia ties and the party's fumbles in its attempt to make good on promises like repealing the Affordable Care Act.

But then there are the aforementioned Democrats who over-performed in red districts and everywhere else, even just five months out from Trump's inauguration. This all comes before Republicans have had the chance to enact the most controversial parts of their agenda, like the health care repeal plan that the Congressional Budget Office predicts will kick 23 million people off insurance and skyrocket premiums, or Trump and Speaker of the House Paul Ryan's massive budget cuts to virtually every federal agency.

Polls show the ACA repeal in particular is unpopular in the vast majority of congressional districts, and the closed-door process Republicans are using in the Senate to advance their bill could result in them passing a bill without enough oversight.

Then there's further wild cards like the president's unpredictable military strategy or the Russia investigations, either of which could cause some serious problems.

In other words, the same reason Democrats shouldn't panic is the same reason Republicans shouldn't get overconfident: An Ossoff victory was just one of a growing list of things that could go very badly for the GOP between now and 2018.

Republican voters are still sticking with their party

Handel won in large part because Republicans did not peel off to vote for Ossoff, which would be necessary for a Democratic victory even if he won over a large share of independents. That the party faithfully stuck with Handel proves that the GOP playbook, weathered or not, is still largely working.

Though the president himself recently dipped to just 72% support among Republicans — a figure the Washington Post assures is cause for alarm — that doesn't necessarily mean they've stopped voting for the party, often enthusiastically. Other surveys have suggested even those Republicans unenthused with the president seem likely to continue to give him a chance.

This is obviously good news for the GOP in many respects. But in the longer run, it could also be a dangerous dynamic. Republicans could be cautious about doing anything that alienates rank-and-file GOP voters, even though the evidence the agenda they want is unpopular is overwhelming. Power can be fleeting, and Trump lost the popular vote to Clinton by nearly 2.9 million votes.