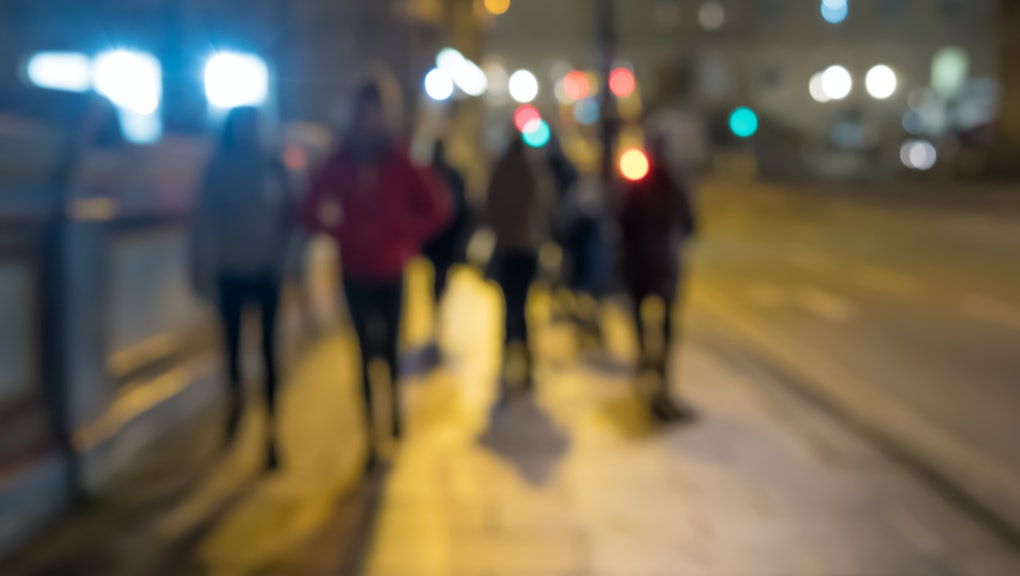 Pickup artists in Canada are filming their attempts at negging women in public — and it turns out, legally, women don't have much recourse.

This issue came to Casey Grace Ferneyhough's attention five years ago, when she and her friends were walking in a park and a man approached them and relentlessly hit on them, as PUAs do. Eventually, he gave up and moved onto another group of girls in the park, which was when Ferneyhough noticed a second man trailing behind him with a video camera.

A couple months later, she found the video on YouTube. Ferneyhough, who'd been a minor at the time of the recording hadn't appeared in the final version of the video, but she still felt that the taping was a violation of her privacy.

"It was a breach of privacy to know that my conversation with this guy was being recorded and I could have been online," she told the Toronto Star. "I was underage too, and I'm pretty sure we were in our school uniform at the time, so it was already creepy."

Similarly, 30-year-old Toronto man Vadim Dorfman is known to run a YouTube channel with some 77,000 subscribers, teaching men how to pick up women. Sometimes he asks for women's permission to record them; sometimes he doesn't. But since he blurs out the faces of the women he captures on video it isn't illegal for him to film them.

While any of these women could theoretically bring a civil case against pickup artists like Dorfman or the men Ferneyhough encountered in the park, a lawyer told the Star it would be difficult to win.

"The behavior would have to be fairly outrageous for there to be any likelihood of success," lawyer Bernice Karn said.

According to Canada law "photographing or filming in any public place, or in any private place to which the public is admitted, and publishing those pictures and films" is perfectly legal. In order for taking non-consensual photos or videos of someone in public and distributing them to be punishable by law, there must be some other illegal component involved. Such was the case when police arrested a man on Friday for using the pseudonym "CanadaCreep" to post upskirt photos and videos of women and girls on Twitter.

He faces charges of child pornography.

The same goes for photography and filming in public spaces in the United States, save for in states where "peeping tom" laws prohibit citizens from taking photos and video of people in private spaces or in public spaces with "expectations of privacy," like bathrooms or changing rooms. California's own peeping tom law is the very caveat that may send Playmate Dani Mathers to jail for recording a naked stranger in her gym's locker room.

Due to the lack of legal pathways to retribution against pickup artists, in 2015, women in Canada found a way to join forces and hold men accountable when filming them without consent.

At the time, it had been widely known that an Ottawa pickup artist named Luke Howard had secretly filmed women and uploaded the videos to YouTube. That there were no effective legal measures women could take against him inspired his targets to take matters into their own hands.

The women shared their stories under the hashtag #CorneredInOttawa and on a now-defunct Tumblr account.

"Women have actually [been] secretly telling each other like, 'Look out for this guy' around Ottawa for months before the story broke," one of the group's members, Rosella Chibambo told Vice. "Because there's a lot of shame associated with coming forward about something like this you get a lot of hate, you get a lot of haters telling you that you're over sensitive or that you're trying to prevent men from talking to people."

Still, the women continued to speak out, against both nonconsensual filming and pickup artist, or PUA, culture itself.

"One of the key similarities with all these sort of PUA people is that they really do prey on women's insecurities and they dehumanize women," Chibambo told Vice. "They're based on this idea that women are there as prey."