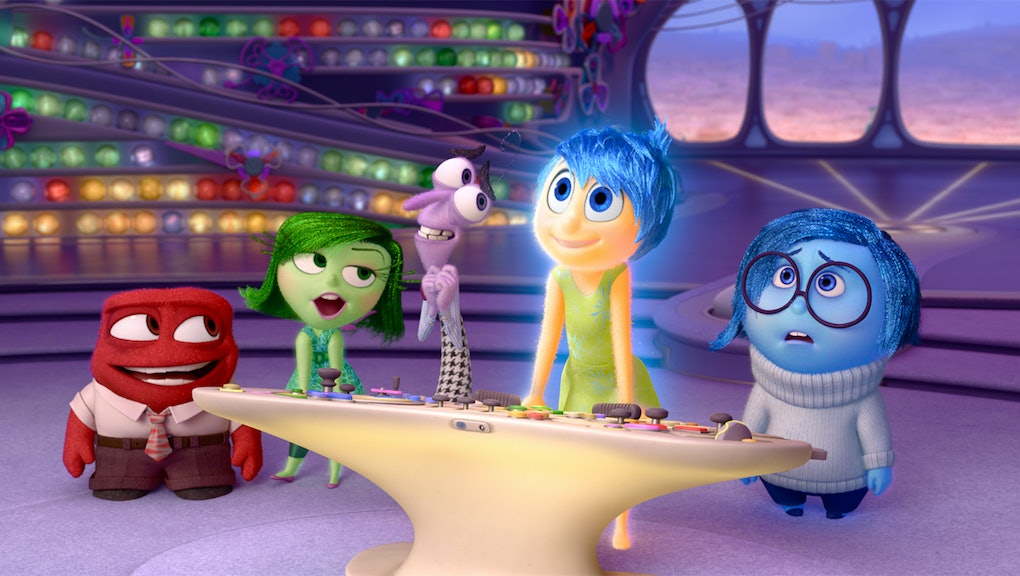 A childhood development specialist and on-air parenting expert is suing Disney and Pixar over allegedly stealing her concept and characters for Inside Out. According to the Hollywood Reporter, Denise Daniels claims the Academy Award-winning animated hit is based off her television series The Moodsters, which features anthropomorphized, color-coded emotions — happiness, anger, sadness, fear and love — similar to those found in the 2015 movie. Daniels created the Moodsters to "educate, entertain, and enhance the social and emotional development of children," and reportedly pitched her idea to Disney-Pixar every year from 2005 to 2009.

Daniels, who co-founded the National Childhood Grief Institute, said she came up with the idea after counseling children affected by Hurricane Katrina and 9/11. Daniels is a Peabody-winning broadcast journalist who has lent her parenting expertise to Today and The Oprah Winfrey Show.

This is not the first time Disney has been sued for idea theft. In March, Disney announced it would "vigorously defend" itself in court over allegations that it had stolen its concept for Zootopia. In 2015, the studio settled a lawsuit claiming that it had stolen the concept for a Frozen trailer from the short film The Snowman. A federal judge had claimed the two works looked "substantially similar."