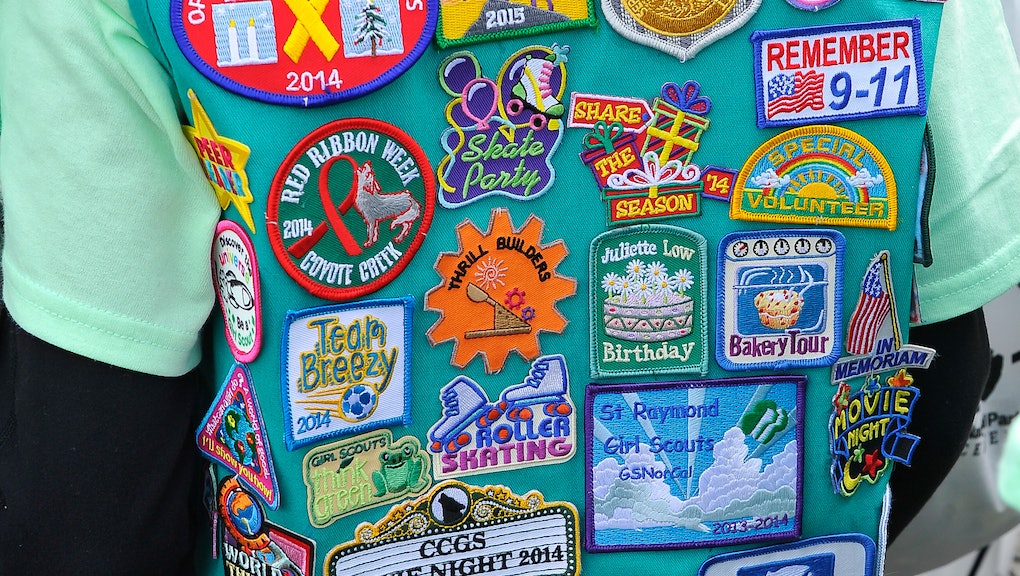 One way to up gender diversity in STEM fields is to get girls interested early. The Girl Scouts of the USA hopes to do just that with the addition of new, cyber-specific badges starting in 2018.

"To be globally competitive, girls today need to know not just how to use computers but also how to program them," Sylvia Acevedo, CEO of Girl Scouts of the USA, told ABC.

According to Gizmodo, there will be 18 badges in all, available at every scouting level for participants aged five to 18. The badges — rewards for accruing skills in cybersecurity, online identity protection and hacking, among other things — came at the request of Girl Scouts themselves.

"We surveyed a lot of girls," Acevedo told Gizmodo. "In those evaluations, girls repeatedly said they wanted more computer science and they were really interested in cybersecurity in terms of protecting themselves online. Bullying is a big issue. Also figuring out hackathons, they wanted to do that as well."

Girls are more likely to be cyberbullied than boys are, and women are more likely targets of online harassment. Yet girls are often sidelined in education on computer science, technology, science, engineering and math, disadvantages that don't disappear the higher they climb up the educational ladder. Rick Howard, the chief security officer with cybersecurity firm and badge partner Palo Alto Networks, told Gizmodo that the goal is bringing girls off the bench to increase representation on the STEM playing field.

"We are encouraging the Girl Scouts that this could be a profession for them — something they might love, they might pursue, they can have a meaningful life in this career as they grow up," Howard said. "We are trying to fill that employee pipeline in the future."

The Girl Scouts already prioritize STEM within the program, but as Acevedo told ABC, offering cybersecurity badges might expand access to computer science education. She pointed out that membership "reach[es] deeply across America." Of the organization's 1.8 million members, she explained, "almost a third of our girls are in low-income areas."