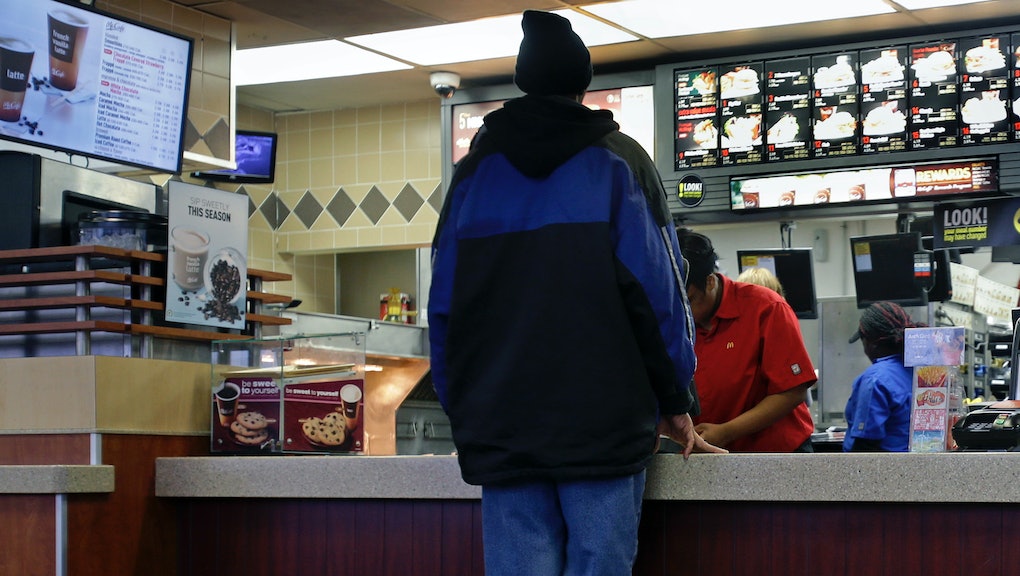 Minneapolis might get a $15 minimum wage, but restaurant workers aren't celebrating

The Minneapolis City Council publicly debuted Thursday a draft ordinance for a citywide $15 minimum wage, but some residents aren't ready to celebrate just yet.

Although the city is overwhelmingly liberal, discord has been brewing in Minneapolis over one key provision in the ordinance: whether tipped work will be counted toward the $15-an-hour minimum.

In most restaurants, it's standard practice to pay servers well below the minimum wage, the assumption being that the wait staff will make the lion's share of its money in tips. Mandating a $15 minimum wage for servers would disrupt an industrywide practice in a major way — which, some argue, would force restaurant owners to make up the difference by increasing the prices on their menus, cutting servers' hours or both.

Restaurant workers, owners and bartenders argue that raising the minimum wage without accounting for tips would drive up the bottom line for mom-and-pop shops by an amount that would make it nearly impossible for them to absorb the increase. Meanwhile, groups like 15 Now say a $15 minimum wage is necessary for the women and people of color who disproportionately fill the lowest-wage jobs within the restaurant industry.

The debate over the ordinance has exposed an acrimonious rift in a city thoroughly steeped in liberal politics — and the fight has only just begun.

"We see this as being a really regressive policy."

While Minneapolis Mayor Betsy Hodges and a 13-member city council — which is comprised of 12 Democrats and one Green Party member — all seem likely to support the proposal in its current form, a large community of restaurant workers is advocating for the implementation of a "tip credit." If added, the tip credit would require employers to supplement the incomes of employees whose combined base pay and tips fall below the mandatory $15 minimum.

Petitions and Facebook groups have cropped up in support of a "pathway to $15" — an amended phase-in schedule for the increased minimum wage that would recognize tips as taxable income of restaurant employees, implementing a youth wage and fair designation of employer size — and over 100 restaurants have cosigned.

Heather Bray, owner of Lowbrow, a low-key Minneapolis burger joint, said in a phone interview that small restaurants like hers help to anchor the community, and that the budget-conscious, locally sourced fare on their menus has become interwoven with the cultural fabric of the city itself.

"What we're afraid is going to happen is that as small, independently owned restaurants have to raise their prices significantly, it's going to create an 'island effect' in which Minneapolis isn’t going to be able to compete with our neighbors," she said.

Lowbrow, Bray said, happens to be located 10 blocks away from the nearest suburb. Since the suburbs fall out of the jurisdiction of Minneapolis ordinance, the $15 minimum wage wouldn't be in effect there — and, if the logic of Bray and others holds true, that would mean that restaurants there wouldn't need to hike prices on their menus to afford their cost of labor.

Eliminating tipping, she said, would be the logical solution at her restaurant to ensure that patrons wouldn't have to break the bank to dine there.

"In order to ask my customer to pay $19 for a burger and $9 for a beer... we’re afraid we’re going to have to eliminate the tipping model," she said.

Dan McElroy, executive vice president of the Minnesota Restaurant Association, said the members he works with echo Bray's concerns, particularly as they relate to employees in the back of the house.

"The risk is what economists call wage compression: that we won’t have the dollars [...] to reward current kitchen people — in some cases very skilled cooks and sous chefs — that make $15 or $16 now," McElroy said. "If the minimum wage goes up by $5, the financials are just not there to pay a line cook $22."

Bray said that in her restaurant, where no item on the menu is priced higher than $12.75, servers working 30-hour work weeks can still make an average of $42,500 and $50,000 a year with tips. To eliminate tipping, she said, would mean effectively slashing that pay in half.

"If we get into a situation where we are eliminating the tipping system, and paying everyone $15 an hour, those servers are going to go from approximately $30 an hour jobs to $15-an-hour jobs, so we see this as being a really regressive policy," she said.

According to McElroy, the appeals of restaurant workers for Hodges, the mayor, to institute a tip credit have thus far fallen upon deaf ears.

It's an election year in Minneapolis, McElroy said, and Hodges is facing tough opposition from candidates that are "even more liberal than she is."

McElroy said groups like Service Employees International Union, or SEIU, don't seem to be interested in recognizing tips, preferring to negotiate a higher living wage instead.

"The voice of the left has kind of parroted back language adopted by SEIU and the Restaurant Operating Center and AFL-CIO and others, advocates for labor who are opposed to considering tips," he said.

Bray too said she believes the unions are seemingly behind the push by city officials to move ahead with the minimum wage ordinance as it currently exists.

“I am a proud liberal and a proud Democrat, and I believe in what the unions have done for the labor movement in this country, but we believe that there has to be some common sense solution, and recognizing these tips as income just seems like basic common sense," she said.

Minneapolis isn't the first left-of-center city at odds with itself over the issue of tip credits. In 2014, Seattle passed its own $15 minimum wage ordinance, and did so amid a similar debate over whether to recognize servers' tips as income. The city ultimately decided to buck the tip credit idea and, according to the Associated Press, a study from University of California, Berkeley released this month showed that the ordinance has thus far succeeded in bumping pay for restaurant workers without costing jobs.

According to Bray, the merits of the minimum wage hike aren't in question — but the earning potentials of Minneapolis servers are.