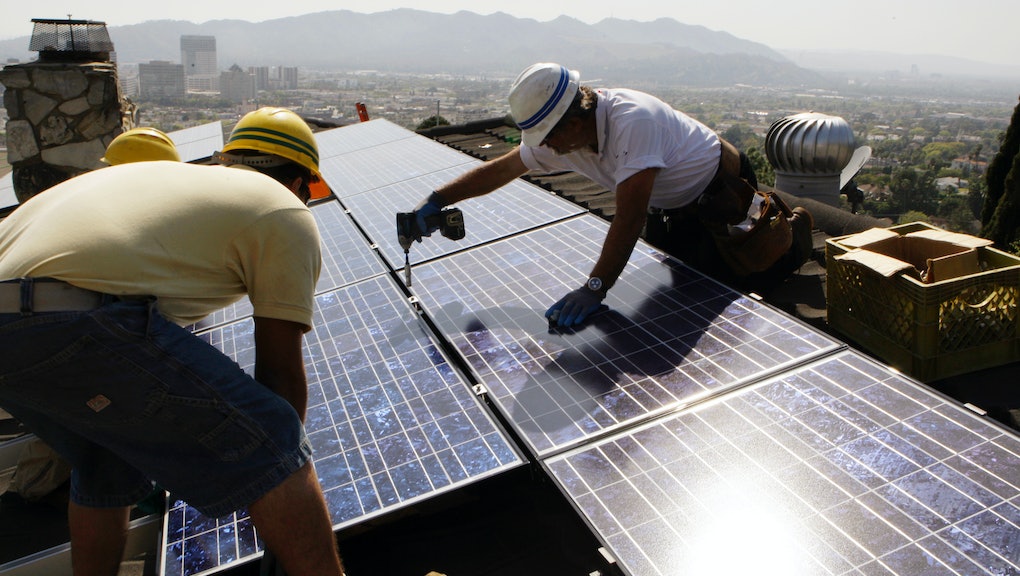 California is the poster child for solar energy: in 2016, 13% of the state's power came from solar sources. According to the Solar Energy Industries Association, California is in the lead for the cumulative amount of solar electric capacity installed in 2016.

In fact, the California is generating so much solar energy that it is resorting to paying other states to take the excess electricity in order to prevent overloading power lines. According to the Los Angeles Times, Arizona residents have already saved millions in 2017 thanks to California’s contribution.

The state, which produced little to no solar energy just 15 years ago, has made strides — it single-handedly has nearly half of the country’s solar electricity generating capacity. According to the U.S. Energy Information Administration, California reached a milestone: for a few hours, more than half the state's power needs were sourced from solar energy. This put wholesale energy prices in the negative.

When there's too much solar energy, there is a risk of the electricity grid overloading. This can result in blackouts. In times like this, California offers other states a financial incentive to take their power.

But it’s not as environmentally friendly as one would think. Take Arizona, for example. The state opts to put a pin in its own solar energy sources instead of fossil fuel power, which means greenhouse gas emissions aren’t getting any better due to California’s overproduction.

California’s state goal is to get 50% of all its electricity from renewable sources by 2030.