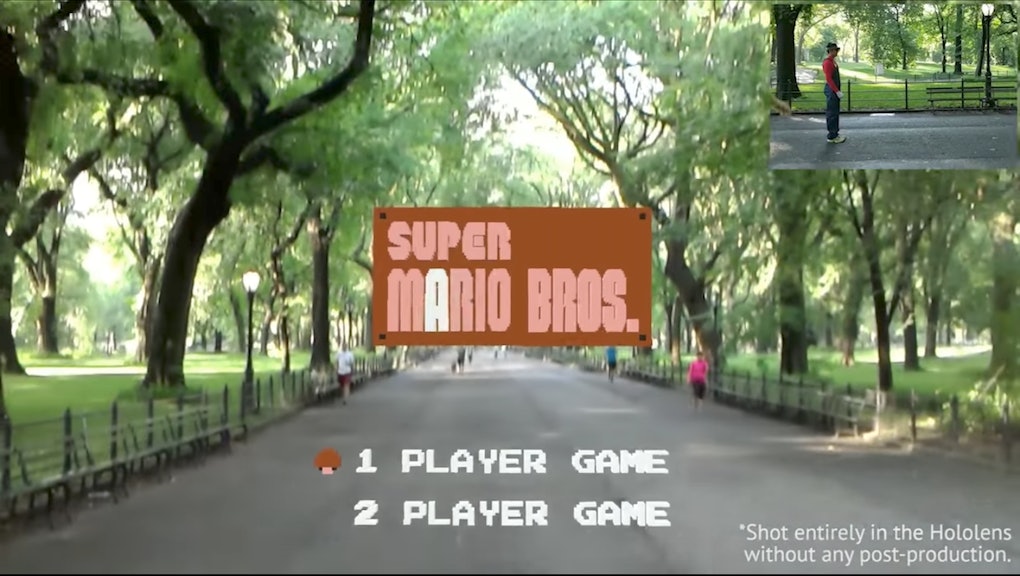 I didn't know I needed to see Super Mario Bros. in augmented reality until now. Abhishek Singh has created a short demo of Super Mario Bros. AR in Central Park, in New York City, using Microsoft's Hololens. He claims there were no post-production edits, so what you see on YouTube is what he saw during gameplay.

While the demo is impressive, it illustrates the limitations of augmented reality: the lack of verticality. In virtual reality, there are ways to simulate verticality that you can't do in augmented reality without the use of an AR-cade. An AR-cade, as was used during a Ghostbusters event in New York in 2016, allows an augmented reality experience to be a "skin" over top of the real-world obstacles. No simulation required.

It's exciting to see how far AR has come as an interactive medium, especially when coupled with Microsoft's Hololens. I can't wait to see what Singh is going to come up with for his next AR project. Metroid? Original Zelda? Keep this pixellated AR goodness coming.