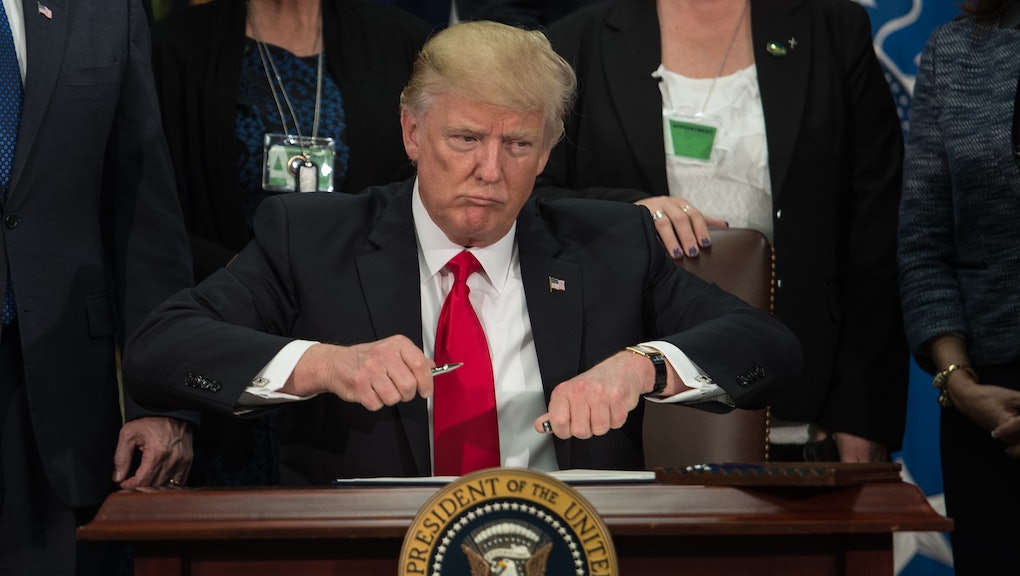 Donald Trump responds to Mexico murder rate on Twitter: "We will build the wall!"

President Donald Trump took to Twitter on Thursday and called Mexico the "second most dangerous country in the world," then reaffirmed his administration's commitment to making it harder for anyone to leave.

"Mexico was just ranked the second deadliest country in the world, after only Syria," the president wrote, without citation. "Drug trade is largely the cause. We will BUILD THE WALL!"

It's unclear which ranking the president is referring to. The term "deadliest" is subject to interpretation, but the World Economic Forum recently released its annual Travel and Tourism Competitiveness Report, which ranks countries by the security dangers they house for tourists and businesses. Mexico is ranked 113th.

A U.K.-based think tank called the International Institute for Strategic Studies reported in May that Mexico had the second highest number of intentional homicides in the world in 2016, after Syria. That report preceded Wednesday's news that Mexico saw 2,186 murder investigations in May, the most of any month in the country since 1997.

But that doesn't correspond to the nation's murder rate — a calculation that accounts for population size. According to a 2016 report from Public Radio International, citing the latest available data from the United Nations Office on Drugs and Crime, the two countries with the highest murder rates in the world were Honduras and El Salvador (Mexico didn't crack the top 20).

Either way, Trump's bombast on the issue echoes a sentiment that has defined his presidency. After referring to Mexican immigrants as "rapists" during his 2015 campaign announcement speech, the construction of a massive wall between Mexico and the United States — paid for by Mexico — has been one of the president's central promises to voters.

Mexican President Enrique Peña Nieto has insisted that his country would not fund such a project. At a rally in Iowa on Thursday, Trump additionally claimed that the border wall would include solar panels, thus generating energy for the U.S. It's unclear how close the president is to actually bringing the wall to fruition.

But as often as Trump has called for a wall to keep out Mexican immigrants, or bans on accepting refugees fleeing the Syrian civil war, he hasn't been nearly as aggressive about promoting humanitarian responses to either crisis.