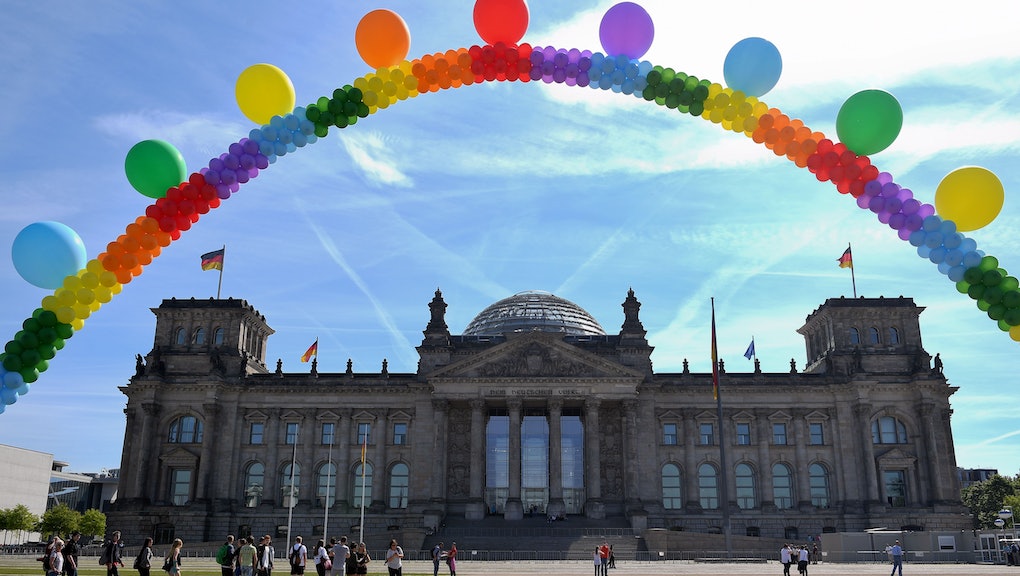 Germany's parliament will void tens of thousands of convictions against gay men for violating since-overturned anti-homosexuality laws, the BBC reported.

The law, known as Paragraph 175, dates back to 1871 and outlawed "sexual acts contrary to nature," including homosexuality and bestiality.

The law often went unenforced prior to World War 2 and several attempts were made to repeal it in Germany prior to the war, according to the BBC. Weimar Berlin — or Berlin between the wars — actually saw a flourishing of queer culture, which was tightened as Nazis gained power.

Under the Nazi regime, Paragraph 175 specifically began to target "lewd and lascivious acts" between men, according to the BBC. Tens of thousands of men were imprisoned, punished with 10 years of forced labor and sent to prison or concentration camps, where many died. Thousands more were convicted until the law was abolished in East Germany in 1968 and reunified Germany in 1994.

Women who had sex with women were not criminalized under the law.

5,000 people convicted under the law who are still alive will receive about $3,350 in compensation and $1,677 per year spent incarcerated. Justice Minister Heiko Maas called the decision a "belated act of justice."

The law "created unimaginable suffering, which led to self-denial, sham marriages, harassment and blackmail," he said, according to the BBC.

Currently, the measure is only passed by Germany's lower parliamentary house, the Bundestag. The Bundesrat, or upper house, must also pass it. The measure's passing is considered a victory for Germany's left-leaning social democrats, who plan to push an LGBT-friendly agenda in upcoming elections, the Guardian reported.

Germany's move to quash the convictions of gay men comes after England did the same in January. Modeled after the Queen's posthumous pardon of computer engineer Alan Turing, thousands of gay men were posthumously pardoned for convictions under England's sodomy laws, which were overturned in 1967.

The United States' sodomy laws were invalidated in 2003 by the Supreme Court case Lawrence v. Texas.