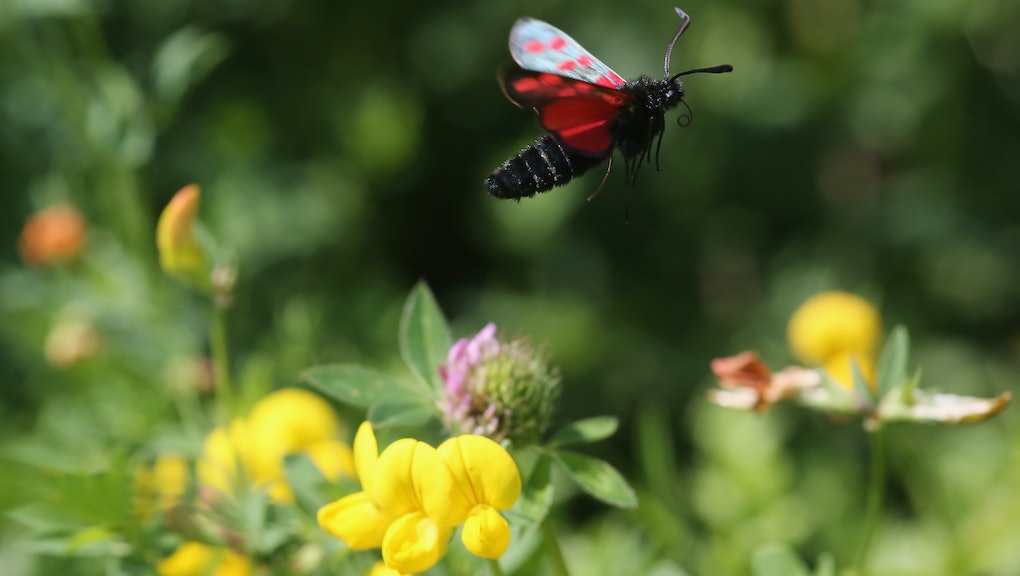 Moth eyes have inspired the touchscreen of the future

Researchers working on removing a smartphone’s glare are turning to an unusual source for inspiration: moths. Strides are being made in the realm of light reflection by researchers at the University of Central Florida and National Taiwan University, who have created a film for cell phone screens to reduce glare.

When light reflects off a smartphone's screen, it makes it difficult for a user to see what’s on their phone. According to Shin-Tson Wu, an optics and photonics professor at UCF and the principle investigator of the study, “the lower the surface reflection, the better.”

Some smartphones auto-calibrate the display's brightness to counteract the glare, but this can take a toll on battery life. Anti-reflective screen covers are also available, but these too have limitations, as they can only capture specific light wavelengths.

Meanwhile, moth eyes are covered with anti-reflective nanostructures. These tiny structures help moths fly in the dark by ensuring light does not reflect off their eyes. For moths, it’s a survival factor that helps them avoid predators at night. For researchers, it was a chance for innovation: they took the light-trapping nanostructures and put them on the film.

The new film made it four times easier to read a cell phone screen in sunlight and 10 times easier in the shade. The researchers, who published their findings in the journal Optica, also found the film keeps the device’s screen cleaner.

"Some commercial anti-reflection films can be contaminated by fingerprints or dust," Wu told NPR. "In our film, we have a special treatment that has a self-cleaning effect."

Since the small structures are so flexible, there’s potential to use them for foldable displays. While the researchers have made progress with moth-eye technology, there’s more work to be done before commercial use. According to the study's authors, they need to further modify the film so it can be resilient enough for long-term use.