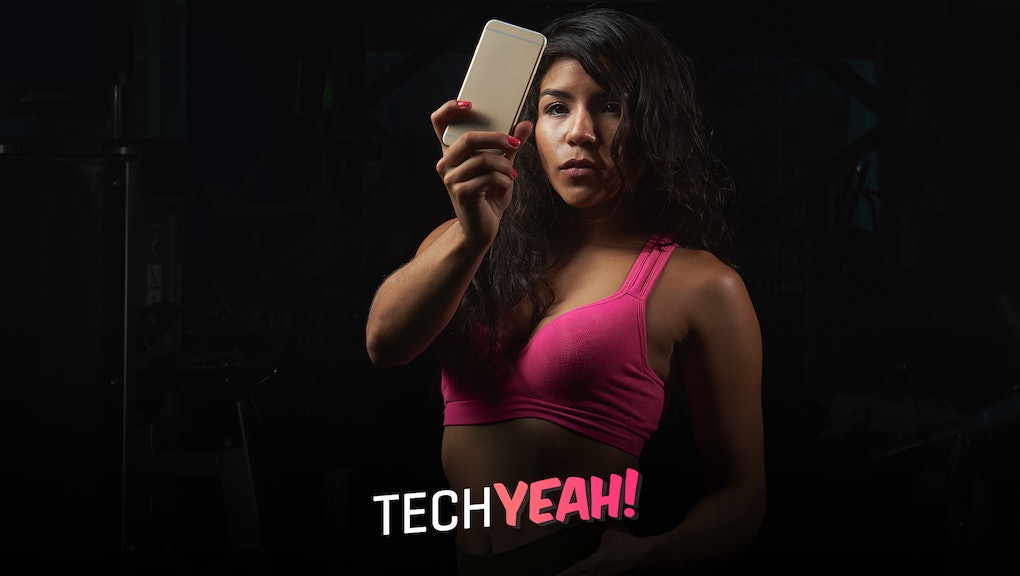 Here's the problem with parties (besides the whole staying-out-late-and-having-to-talk-to-people thing): They're dark as heck and it’s hard to take good photos.

There are few things as disappointing as coming home from a fun night out with your friends to find every single photo you took was a blurry, dark mess. It has happened to me more times than I can count.

How is it possible that I didn’t get a single flattering shot of my best friend at her birthday party? If you went to a party and didn’t post any of the photos on Instagram, did the party even happen?

I have a tried-and-true solution.

How to take portraits in the dark that are actually flattering

I've been using this method for years, and it's never failed me.

But that last one looks killer, right?

Now I’ll let you in on my little secret

You need two willing participants. One person (the photographer) will take the photo without flash, while the second person (the lighting designer, shall we say) puts their smartphone’s flashlight on and shines it on the person or people being photographed. The end result is a well-lit photo.

You may get some odd looks when you bust this out at a party, but I promise your photos will look better than ever. (Also, it’ll show everyone how devoted your friends really are.)

The technique seems to be catching on. It's grown popular with teens who are risking their necks to take beautifully lit photos for their friends. If you're feeling a little extra ambitious, you can even get multiple people to shine their flashlights on you until you achieve the lighting of your dreams.