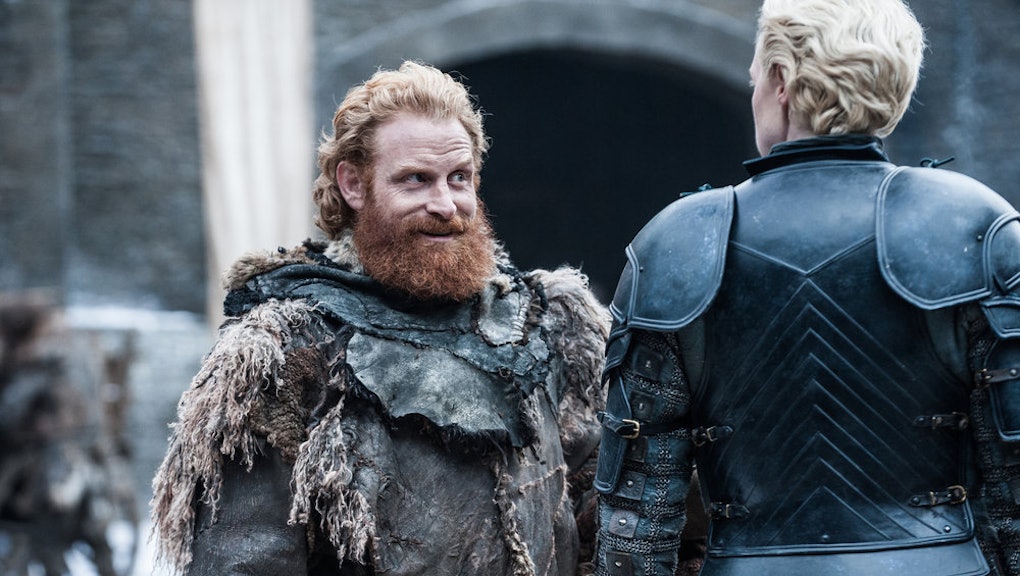 22 of the most iconic lines from 'Game of Thrones'

Game of Thrones is known for its violence and dragons, but it wouldn't have so many Emmys if it didn't also have great lines about its violence and dragons. Over six seasons, the characters of GoT have shared wisdom about a variety of topics — bullying, running a kingdom, to name a couple — and they've frequently done it in the form of pithy dialogue. And on certain occasions, they've dropped badass one-liners just because they sounded cool.

For your reading pleasure, we've assembled 22 of the show’s most iconic quotes — these are the lines we feel sum up the main themes of this beloved series. (And we’ve got some GIFs to match.) So pour yourself a drink like Cersei here, and soak in some Game of Thrones before the series returns for season seven on July 16.

1. "The powerful have always preyed on the powerless. That's how they became powerful in the first place."

2. "If you ever call me 'sister' again, I'll have you strangled in your sleep."

4. "Let me give you some advice, bastard. Never forget what you are. The rest of the world will not. Wear it like armor, and it can never be used to hurt you."

- Tyrion Lannister to Jon Snow, season one, episode one

6. "A lion doesn't concern himself with the opinions of a sheep."

7. "Power resides where men believe it resides. It's a trick. A shadow on the wall. And a very small man can cast a very large shadow."

8. "The next time you raise a hand to me will be the last time you have hands."

- Daenerys Targaryen, to her abusive brother, season one, episode four

9. "It's easy to confuse 'what is' with 'what ought to be', especially when 'what is' has worked out in your favor."

10. "Chaos isn't a pit. Chaos is a ladder. Many who try to climb it fail, and never get to try again. The fall breaks them. And some are given a chance to climb; they cling to the real or the gods or love. Only the ladder is real. The climb is all there is."

12. "In the name of Renly of House Baratheon, First of His Name, Rightful King of the Andals and the First Men, Lord of the Seven Kingdoms and Protector of the Realm, I, Brienne of Tarth, sentence you to die."

13. "If you think this has a happy ending, you haven't been paying attention."

- Ned Stark, season one, episode one

15. "A mind needs books like a sword needs a whetstone. That's why I read so much."

- Jaime Lannister, before pushing Bran out the window, season one, episode one

19. "I think mothers and fathers made up the gods because they wanted their children to sleep through the night."

- Sansa Stark, on the eve of the Battle of the Bastards, season six, episode nine

Mic has ongoing Game of Thrones coverage. Check out our main GoT hub here.